Like most companies in the software industry, Google wants to spread its Android mobile operating system to just about anywhere that’ll have it. 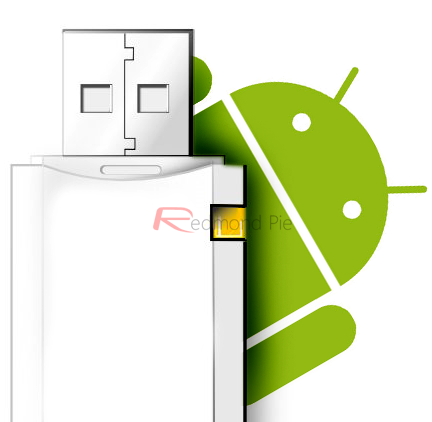 With it being the dominant force in the smartphone market, coupled with the 550k+ daily activations as claimed by Eric Schmidt, it seems the Big G is looking for other ways for consumers to adopt Android.

The Cotton Candy USB pen, developed by FXI Technologies, certainly opens up another door for Google to expand its successful portfolio. The clever little gadget includes a HDMI plug, SD slot, and of course, a USB. Although those features alone are nothing extraordinary, it also comes loaded with Android 2.3, whilst still managing to maintain a relatively small frame. Take a look:

It could be described as the smallest computer to date, and once connected to a device supporting USB storage, it allows Android OS to run in a secure environment thanks to an embedded Windows/OSX/Linux-compliant virtualization client.

The HDMI port also allows the device to be connected to, say, a TV – taking portable computing to a whole new level. Obviously, external peripherals would be required such as a mouse, keyboard etc. but nonetheless, we reckon this a very nifty idea.

Whilst Android is often seen as inferior to iOS in terms of customer satisfaction, the fact that Google appears to be gunning for everything electronic does suggest that potentially, app developers could begin to migrate to Android from the Cupertino company’s App Store, allowing the Android Market to host the number and quality of apps boasted by its fruit-loving rival.

One downfall of the device is that due to its lack of compliance with Google’s requirements for running Android, the Market will not be accessible, thus, sideloading will be the only initial way to potentially get apps onto it.

So, when can we get it, and perhaps more importantly, how much will it cost? Well, it’s expected to land sometime around the Q2-Q3 changeover next year, and will be priced in the region of $200 – not bad at all for the first of its kind.

If it does take off and manage to find a niche, expect prices to sharply fall as various manufacturers hop aboard the bandwagon.