If we brought 100 iPhone owners into a room and asked them how satisfied they were with their device, we’re pretty sure that the vast majority of them would answer positively. According to an accredited market researcher, that would indeed likely be the case. 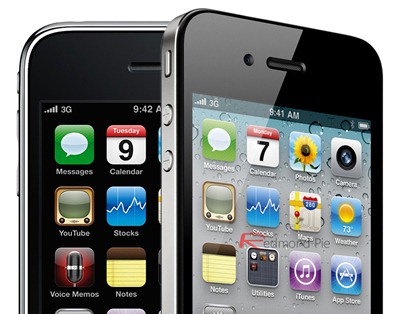 Companies like JDPower spend a great amount of resources figuring out which products consumers use and how they’re using them. A frequent study that’s often carried out is customer satisfaction, which attempts to determine how pleased customers are about a product after they’ve bought it.

JDPower has surveyed several smartphone owners and concluded that the iPhone scored #1 in customer satisfaction, with a score of 838 (out of 1000). This is a great accomplishment for Apple, but not the first, since the Cupertino company has obtained this award for six times in a row, as pointed out on the study’s press release:

For a sixth consecutive time, Apple ranks highest among manufacturers of smartphones in customer satisfaction. Apple achieves a score of 838 and performs well in all factors, particularly in ease of operation and features.

The runner-ups were HTC, which scored 801, and Samsung which scored a slightly lower 777, below industry average. Behind came Motorola, with a 775, and Research in Motion (maker of the BlackBerry smartphones), which scored a mere 762. All of these are good results, yet both Apple and HTC are clearly leading the pack. 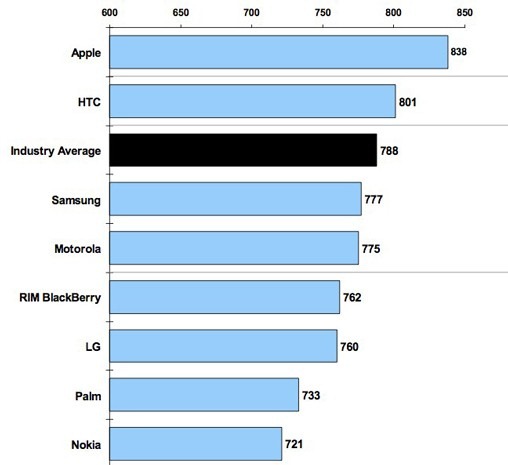 The results of this study were broken down into five different categories: Overall Satisfaction, Performance, Smartphone Features, Ease of Operation and Physical Design. Apple has obtained a perfect score out of 850 by topping the chart with HTC in the second place, and sadly, most of the major smartphone manufacturers are way below industry average.

Despite Apple’s accomplishment in capturing the hearts and minds of customers, this study points out that many appreciate the new 4G-powered smartphones, something that the iPhone doesn’t support yet, which could in part explain HTC’s high mark:

With the iPhone 5 right around the corner, customers have a new product to look forward to. Until then, however, the 1-year-old iPhone 4 seems to be doing its job just fine.