Apple has come a long way from its humble beginnings. When the company introduced their Apple I and Apple II platforms in the late seventies, it paved way for the iPads, and MacBooks of today. Their first product was sold as an assembled circuit board –the keyboard, monitor and case had to be added by the owner. In some instances, a wooden case was used. 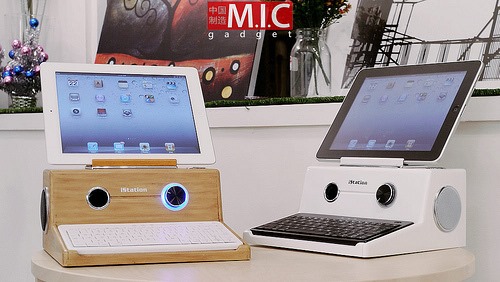 Although you can still find the Apple I and Apple II desktop platform in certain auctions, you can satisfy the nostalgia with a new station that turns your iPad into the rare computer.

The iStation, inspired by the first Apple computer system is modern technology combined with a retro look. Your iPad (or iPhone) is placed on top of a wooden case that resembles the Apple I/II body. The iPad acts as a display and is adjustable to three different angles, while the iStation pairs itself via Bluetooth. 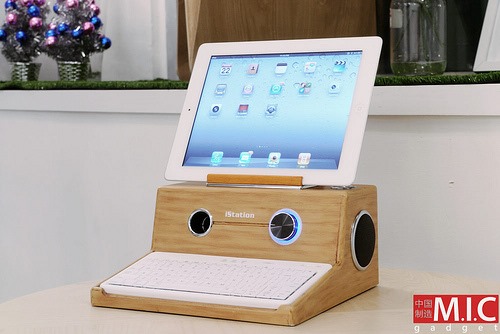 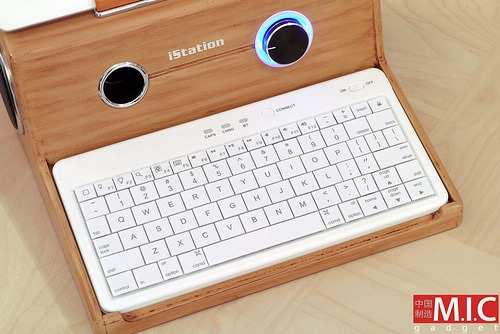 The included keyboard is wireless and detachable but is smaller than traditional layouts. If you have large hands, it may be difficult to use. All the standard buttons are included such as the command, option and function keys. The top row allows you to change brightness, volume or control playback.

Inside the unit you’ll find high quality stereo speakers including a subwoofer. Music and audio is streamed from the iPad or even from a USB Flash Drive or microSD. While listening to music on iStation, you can use the music controller next to the iPad stand. 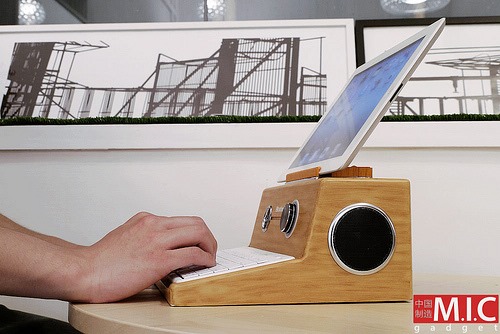 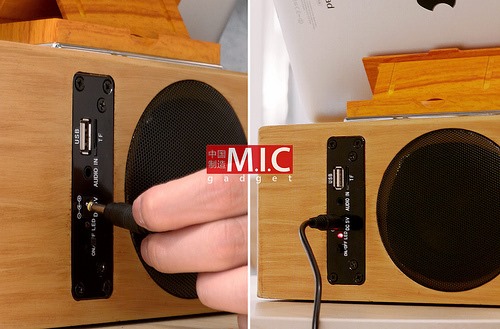 It’s not a portable unit; it lacks a battery so you’ll have to attach it to a power source during use. You can charge your iPad or iPhone by connecting it to the USB port on the back of the iStation.

You can pick up the retro station for $89.95 by visiting the M.I.C.  Store, but quantities are limited (so they say). They also restrict the purchase to one per customer. The peripheral includes the iStation, Bluetooth keyboard and power cables. 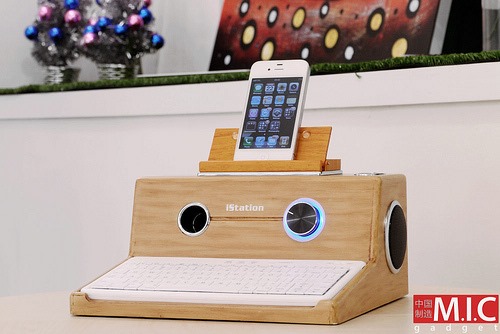 You can pick up the iStation in two styles: the faux woodgrain style constructed with plywood or the pearl white finish with a retro beige look. For those planning to buy the device before Christmas, act fast; the site mentions a 7-day processing time plus shipping transit times. Not bad right?