World Rally Champion Colin McRae may have passed on some years ago in a tragic helicopter incident, but his legacy has lived on through the motorsport title he endorsed when he was at the top of his game. Colin McRae Rally is regarded as one of the original titles for rally fans, and now, the classic title has gone mobile. After several years in the wilderness, Colin McRae Rally for iPhone, iPad and iPod touch is here and ready to download right now from the iOS App Store.

If you ever had a chance to play any of the titles, you’ll probably have given Colin McRae Rally 2.0 a whirl, and this version for iOS is based very much upon that release. The Codemasters team has reworked Colin McRae Rally 2.0 to play nicely with the touch-based interfaces of iOS devices, and as well as the option of tilt controls taking advantage of the accelerometer, the graphics have been significantly improved on a release dating all the way back to 2001. 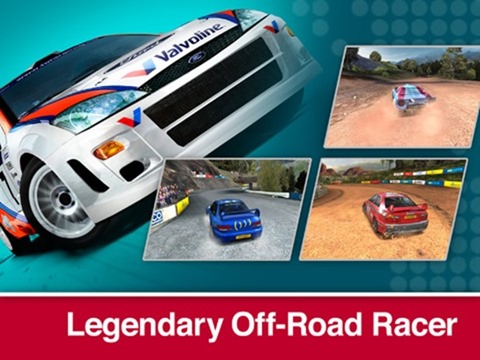 By the looks of things, they’ve done a pretty good job, and although it mightn’t be as refined as the likes of Real Racing when it comes to aesthetics, Colin McRae Rally for iOS is a must-have download for any true rally fan.

Like most newer games these days, it’s a universal offering, so whether you’re in ownership of an iPhone, iPad or iPod touch, you’ll be able to enjoy this game to the maximum. Codemasters has packed in 30 different rally courses of real-life locations across the globe, and with cars ranging from the Ford Focus to the Subaru Impreza, there’s a great deal of fun to be had. 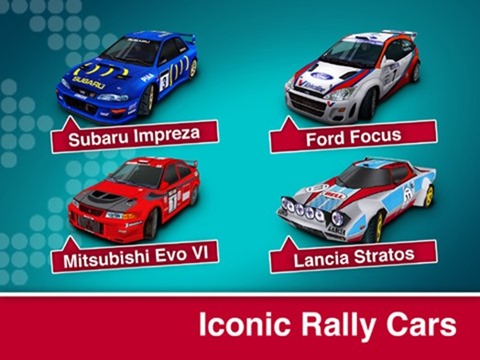 You’ve got your usual quick race if you just fancy a short game, or you can enjoy the full-on rally Championship if you’re looking for something a bit more long-term.

Colin McRae Rally costs $4.99, and works with the iPad 2/3/4, iPhone 4S/5, and latest iPod touch. Download it, get your rally on, and be sure to leave your comments below.

(Download: Colin McRae Rally for iOS on the App Store)