The speculated existence of Apple’s “iPhone 6c” has managed to well and truly divide opinion. Some well-placed analysts believe that the 4-inch device most definitely exists and will become the first iPhone to go through a spring release cycle. Others aren’t as convinced and can’t understand why Apple which has had unparalleled success with its larger iPhones, still invest in a smaller, potentially budget, 4-inch model. Either way, it’s highly likely that we will know more as we get deeper into 2016, but until then we have these gorgeous, highly detailed mockups and renders to feast our eyes upon.

The gorgeous mockups have been produced to focus entirely on the appearance of the rumored iPhone 6c and come courtesy of 9to5Mac. As you might expect, the designer in question – which in this instance is Ferry Passchier – has chosen to focus on the potential colorful exterior of the rumored device.

A number of reports have suggested that the 4-inch device will be offered to consumers in a range of colors, akin to the rainbow-esque colors that Apple offers on its iPod touch range. The mockups show the phone sporting the Silver, Space Gray, Gold, Rose Gold, Pink, and Blue colors. 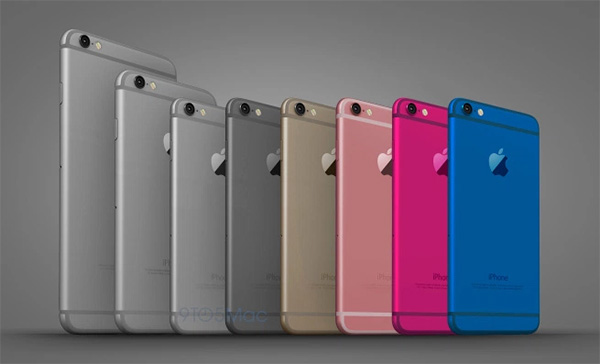 If the 4-inch iPhone 6c does come to fruition, then it seems as though it will be an extremely capable and desirable device for those that long for the good old 4-inch form factor of the older days. Reports are suggesting that the phone will ship with an integrated Apple A9 processor, NFC with Apple Pay, 16GB of internal storage, as well as the Touch ID sensor built into the iconic Home button. There’s also speculation that the new phone could pack 2GB of RAM and larger battery than the iPhone 5s, which would ensure some truly amazing performance. 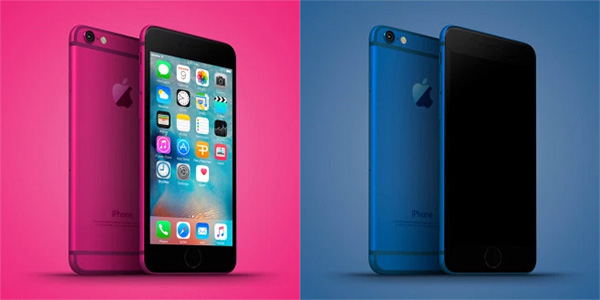 The majority of the reports that have been central to the rumors surrounding the iPhone 6c have all agreed that the device will not come with 3D Touch capabilities, nor will it be the first iPhone that includes OLED display technology provided by either LG Display or Samsung. The final specification, as well as the name of the eventual device, is still well and truly up for debate, but the growing interest and speculation suggests that the hardware will become a reality in 2016.