Chart: Find Out Which Tablet Has The Best Battery Life [2014 Edition]

Apple’s iPad Air may well be revered as the sleekest, lightest, thinnest, most powerful and indeed the most elegant full-sized tablet so far from the Cupertino giant, but even looking at more practical aspects, such as the battery life, the new iPad Air is peerless. Which looked at battery retention rates for a range of top-level tablets, testing common activities such as video playback and Web use to determine which slab could hold out the longest, and on both counts, the iPad Air came out on top.

Given that the likes of the iPad Air and similar devices are seen as consumption devices (predominantly for the purpose entertainment, surfing, and similar pastimes), it makes sense for Which? to scrutinize how long the device remains powered when playing video and partaking in a little Web browsing.

Apple claims that owners of the iPad Air can expect ten hours of battery life, and according to this research, it actually manages to exceed the estimations of its overlord, clocking in 11 hours of Internet use and almost 13 hours of video use, which is impressive by anybody’s standards.

Moreover, the iPad mini with Retina display managed to finish a close second on Internet use, with 10 hours and 14 minutes before ceasing to run, and even more impressively, in third place on the battle for the longest-lasting tablet for browsing the Web, was the now-antiquated iPad 2. 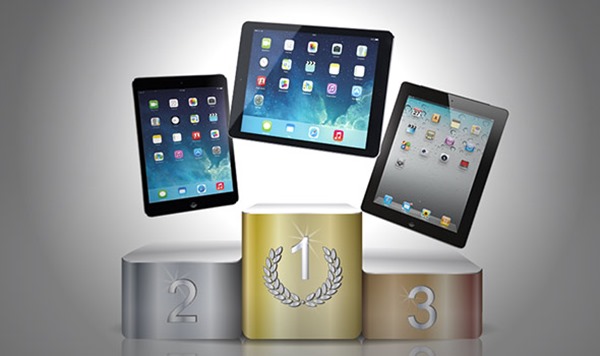 Although the likes of the Google Nexus 7 and Amazon Kindle Fire HDX 8.9 didn’t cover themselves in glory with regards to Internet use, they both managed to muster a decent stretch of video playback before the battery died. The Amazon slate finished in second place behind the iPad Air, notching up close to twelve hours, while the ASUS-manufactured Google offering sneaked just over eleven hours before taking its leave. 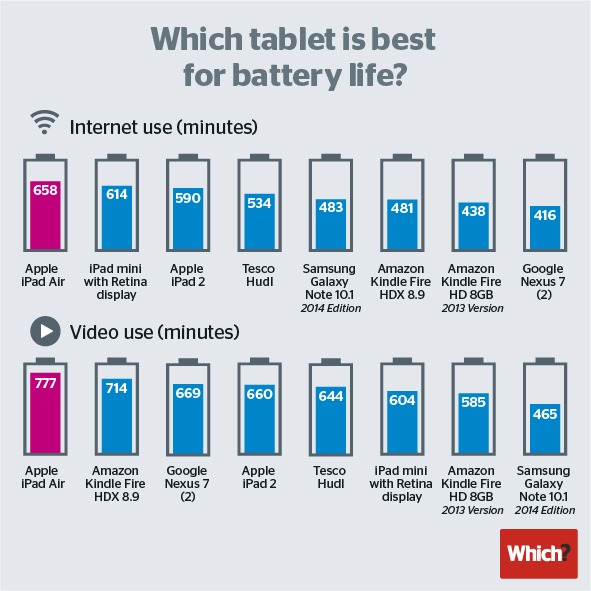 So, not only is the iPad by far the most popular of the high-end tablets, but its status is, going by these figures, more than justified. After a couple of rather uninspiring releases in the form of the iPad 3 and iPad 4 (although the former did, at least, introduce the Retina display), Apple has really come out fighting with the Air, and as well as looking the part, it seems to boast the performance to back it up.