Activision’s Call of Duty: Black Ops II is only a couple of months away from public release. To raise the excitement level just that little notch higher, the guys at Activision and Treyarch have today announced limited collector’s edition sets for their much awaited upcoming title.

There are basically three editions announced: with Care Package and Hardened Edition for consoles, and Digital Deluxe edition for the PC.

For those who are heavily into their gaming, and in particular; throwing themselves into the immersive world of action and critical national security-centric missions with the Call of Duty franchise, the newly announced Care Package edition is probably something that will be right up your street. What could be better than a rather magnificent and awesome looking chest container that houses a whole host of Black Ops II related goodies to make the purchaser feel like they are part of an elite squad of gamers? 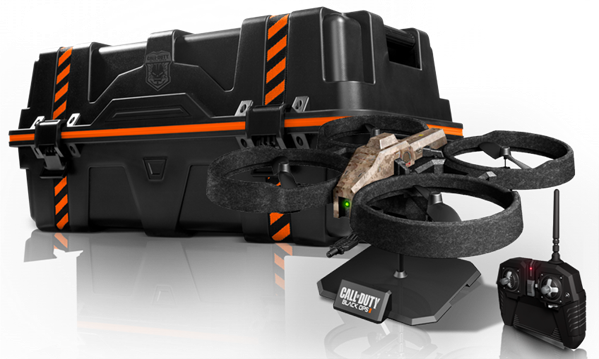 Those who are deciding that they need this in their life and opt to pre-order the Collector’s Edition Care Package will not only receive the rather swish looking orange and black industrial container, but will also get a full limited edition copy of the Black Ops II game, as well as a copy of the game’s official soundtrack and a couple of not-to-be repeated challenge coins. Some additional in-game bonus content is also included in the flavor of Nuketown 2025 and Nuketown Zombies. A few extra little bits and bobs are thrown in depending on the platform that the Care Package is ordered for, but consumers can also expect to receive a rather sweet remote controlled Dragonfire Drone. 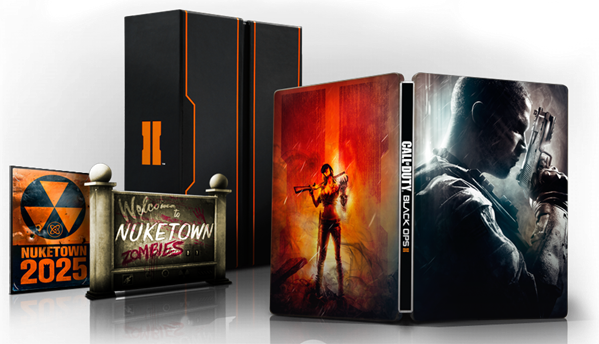 There is also a “Hardened Edition” available which pretty much includes every bonus of “Care Package” except for the Dragonfire drone.

Care Package edition will set you back $180 while the Hardened Edition and Digital Deluxe will cost $80.

Not only does the game itself look absolutely outstanding, it will hopefully continue where the original epic Black Ops left off, and the optional collector’s edition package is extremely tempting as well. Report for duty immediately soldier, we have a feeling that this one is going to go out fast. Head on over to this link to pre-order yours now.