You don’t need to be following social media or the news too closely to know that the United States is in the middle of one of the most important periods of public protest ever seen. People are protesting the death of George Floyd in Minneapolis, with events taking place across all 50 states.

That has led to some Apple Stores closing down and being looted, so the company has erected large boards to prevent stores having their windows smashed. 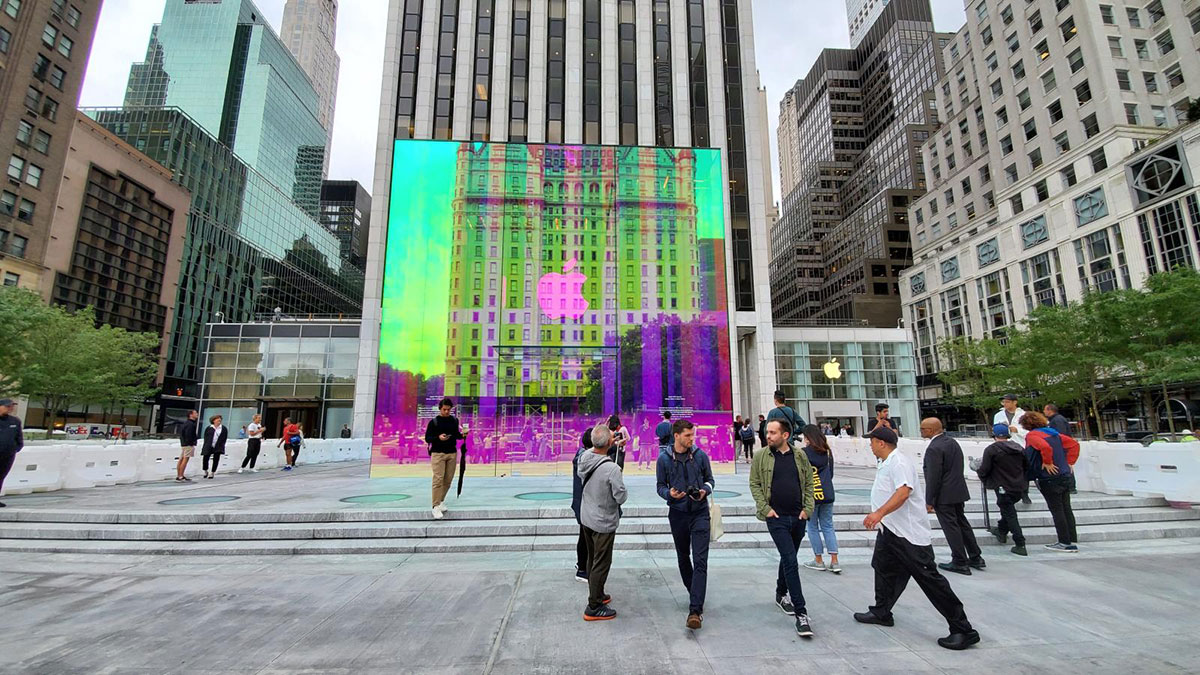 And as 9to5Mac points out, those stores and boards have become the perfect place for protestors to gather.

Over the past few days, communities of artists have taken over boarded up Apple Stores to promote peace over violence. In Portland, artist Emma Berger painted a mural of George Floyd and the words “I Can’t Breathe” on the wall surrounding Apple Pioneer Place,

Similar goings on have been seen in Naperville, Illinois where protestors have covered the boards with notes carrying messages relating to the ongoing Black Lives Matter movement. Other stores have seen artists use the boards as a blank canvas for their work, too.

I learned a thing or two from my kids today and #Naperville youth.
They aren’t satisfied waiting for a change or recognition of injustice, they are doing it.
I’m learning a lot, actually. pic.twitter.com/vG6IkVmbGq

Apple CEO Tim Cook has also shared an open letter “speaking up on racism” as the United States deals with police brutality.

At Apple, our mission has been and always will be to create technology that empowers people to change the world for the better. We’ve always drawn strength from diversity, welcomed people from every walk of life to our stores around the world, and strived to build an Apple that is inclusive of everyone.

You can read the full open letter from Tim Cook on Apple’s website here. We’d suggest you check it out – it makes for an excellent read.