Before Releasing The Original iPhone, Apple Toyed Around With The Idea Of Designing A Car

I’m not sure if I am the only one, but whenever I think about Apple as a company, I always assign a certain level of fairy tale type magic to them. I can’t quite put my finger on why that’s the case, but it probably has a lot to do with the way the company has dragged themselves from the depths of despair to become the most profitable company in existence, producing some truly remarkable and innovative products along the way. The world is extremely familiar with the iPhone, iPod and iPad as well as the flawlessly designed Mac range of computers, but what about the Apple iCar?

We all know that Apple Inc. began as Apple Computers, and during their lifetime they have shifted focus to invent, design and produce some of the world’s most popular consumer technology products. But what we didn’t know is that once upon a time, Apple toyed with the idea of doing something that would seem unbelievably crazy and went further to design a fully functional car. If we look at the state of Apple today, the success that they are having and the amount of financial stability they account for, it doesn’t seem like such a crazy idea, but when you consider this nearly came about before the iPhone even existed, it seems a little ludicrous.

Apple is fortunate enough to be one of those companies who can come up with internal ideas and then pump resources into the early design stages to see if it could be a feasible product, after all, that is partly how the iPhone and iPod range of devices started their life. We have already seen over the last few days that the current legal trial between Apple and Samsung is unearthing some internal gems which we wouldn’t have otherwise been able to hear about, and thanks to Phil Schiller’s testimony, we now know that Apple did indeed consider designing a vehicle. 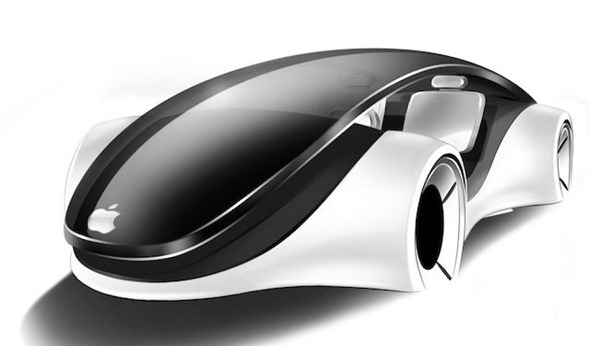 This little nugget of information is quite frankly staggering and has come to light thanks to a tweet from The New York Times reporter Nick Bilton, who was present during the testimony. We don’t have any additional details on how far the idea was actually taken within the company and why they ultimately decided to bin it, but I for one wish they had pursued it. The iPhone, iPod and iPad have revolutionized the market, so there is no reason why an Apple produced car wouldn’t do the same. After all, those who think they are crazy enough to change the world are often the ones who do.