Kickstarter campaigns make for great reporting, and although not all products dreamed up by the talented individuals behind them are necessarily going to do well in the consumer market, they’re intriguing nonetheless. One of the newest, which has only just been posted on the most popular start-up site, is one of the most interesting we’ve seen, and allows one to create genuine 3D videos and images by attaching a cone-shaped contraption to the back on an iPhone 4/4S.

Discretion is not the forte of the 3DCone – it’s made to be loud and proud, and although your portable device will no longer be pocket-able, you’ll be able to shoot some pretty impressive videos and snaps in three dimensions. 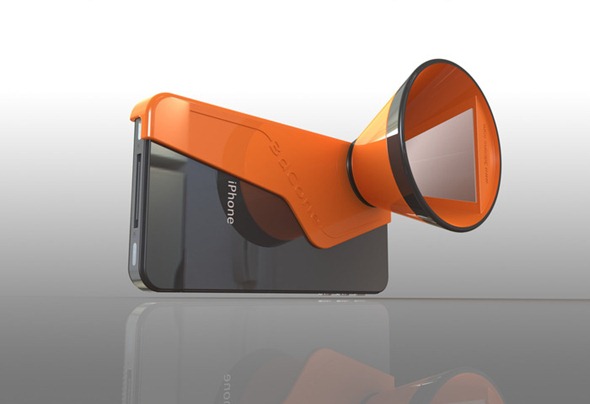 3D is a very divisive topic in the technology industry, and although there’s no shortage of devices offering 3D viewing, it remains to be seen whether it could possibly take over in the same fashion as high-def did all those years ago. Pricing is certainly a key issue, as well as compatibility, with a decent pair of 3D glasses selling upward of 70 or 80 bucks – many of which are only compatible with certain 3D TVs.

There’s no question the majority can appreciate 3D, and when watching a movie in 3D, it’s certainly an awe-inspiring experience, but that doesn’t really translate to consumers purchasing 3D TVs. 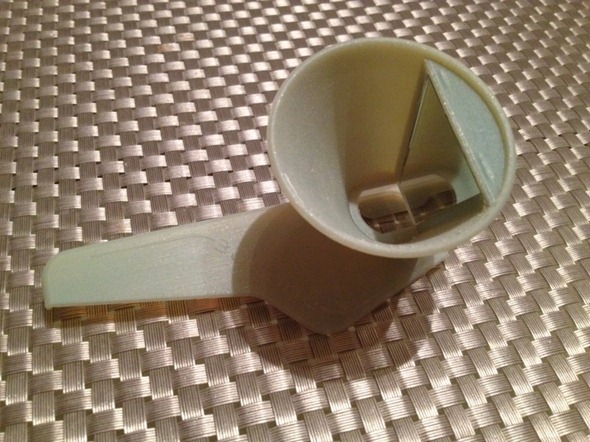 Maybe the tides will turn at some point in the future, but in the meantime, we’re more than happy to consider the $29 for a 3DCone. Practical it certainly ain’t, but it looks a whole lot of fun, and with the iPhone’s camera being one of the most popular among amateur photographers, it could well catch on.

There are plenty of 3D-based apps available at the app store, as well as a bunch of panoramic photography apps, so it’s not as if consumers aren’t interested in the ideas developers are coming up with.

The 3DCone includes a couple of mirrors which capture the left and right side of what you’re shooting / filming, and having gotten through quite a few prototypes, creator Saturn3Designs has finally come up with the finished article.

Would you consider purchasing one? Or is it a little too much baggage? Leave your thoughts via the usual mediums below or head over to the Kickstarter page to show your support.