Love or hate the iDevice range of Apple, you cannot deny their huge influence on the mobile market in general, and many rivaling companies have sought to emulate the success of the Cupertino-based outfit.

The iPhone arrived first back in 2007, and truly revolutionized the smartphone market dominated at the time by Research In Motion’s Blackberry. The design of the smartphone – with a touch-based interface and large display – was a first, and although Samsung refutes Apple’s claims of the Korean company copying the iPhone (a situation still ongoing), there’s little doubt the iPhone forced the likes of Samsung, HTC et al to rethink their own designs. 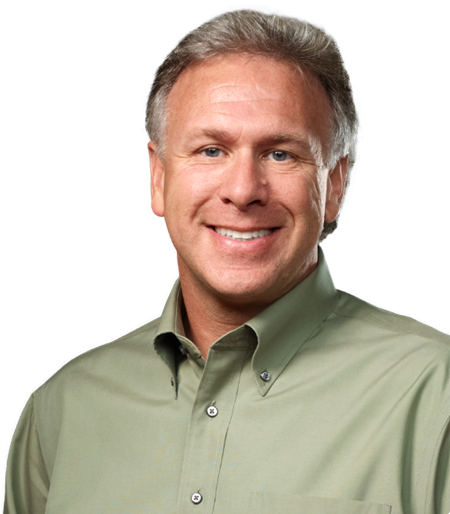 Having made such an impact with the iPod, Apple sought to reinvent another key product area, and the Cupertino company saw its iconic music player as the perfect prerequisite for a bigger challenge. Strangely enough, the iPad, which didn’t make an appearance until 2010 (it’s hard to believe the popular tablet isn’t even two-and-a-half years old), was the product Apple initially began working towards, but decided to make a stronger push towards phones instead.

“At the time, cellphones weren’t any good as entertainment devices,” Schiller said. Prior to bringing forth the iPhone, Apple heard plenty of suggestions from those on the outside, and there were plenty of skeptics due to the company not having gone down the smartphone route before.

Indeed, we don’t even need Schiller’s protests to remember how many doubted the iPad, passing it off as simply “a large iPhone,” but a few months and millions of sales later, it was the skepticism – and not Apple – which fell flat on its face.

Apple was the first company brave enough to eradicate the physical keyboard, and while there are still plenty of consumers out there who haven’t gotten to grips with the touch-based offerings, there’s no question Apple’s products thus far have been a success – even without the previous necessity that was the old buttoned keyboard.

Schiller is speaking as part of the current Apple vs. Samsung dispute in San Jose, overseen by Judge Lucy Koh, who has ruled Tim Cook’s company cannot keep secret a survey it carried out on iPhone buyers. Apple plans to appeal, and in the meanwhile, is only revealing snippets it has pledged to file publicly.