Way back in January of 2019 AURA announced the smart strap, a band that could be used with an Apple Watch and then help measure things like weight, water, fat, and more. As is often the case that band never shipped. But AURA is back, and now it says that you can place a pre-order with shipments expected in March.

The new AURA Strap will set you back $99 and it will be available in multiple colors including Black, Red, Green, and Gray. 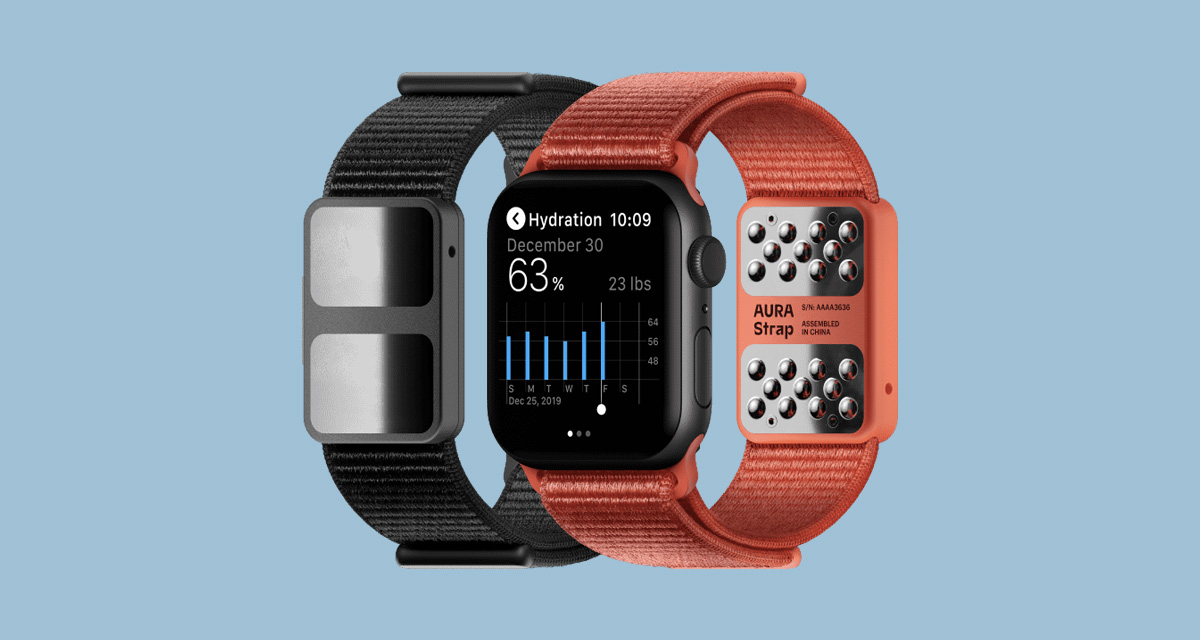 AURA says that the band is capable of keeping tabs on all kinds of things including hydration and that it will also be able to test whether the wearer is at risk of heart failure.

The band is equally as water-resistant as the Apple Watch it will be attached to, and it attaches using the standard Apple Watch fitting lugs, too. AURA says that the band will transfer data to the Apple Watch via “an ultrasound interface” whatever that actually means, and you can expect up to six months of use from a single battery.

If the Apple Watch doesn’t quite tick all of the health boxes for you, this fancy gizmo might be the way to fix that. It isn’t cheap, but if the data it can collect is useful or important to you, can you really put a price on health? 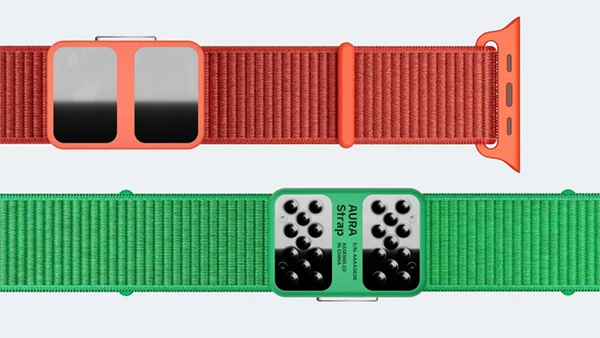