The release of Apple’s iOS 9.3 doesn’t just bring with it a number of new features for iPhone and iPad owners, but it also looks as though it introduces a much sought after feature for AT&T users. The network is currently in the process of issuing text messages to eligible customers, informing them that they are now able to use Wi-Fi Calling feature even when traveling outside of the U.S. if using an iPhone 6/6 Plus or iPhone 6s/6s Plus running the latest iOS 9.3 firmware.

AT&T subscribers won’t be totally new to Wi-Fi Calling on the network and the convenience and cost-saving that it brings. The network has been rolling out the feature to users since last August when iOS 9 was still going through its initial pre-release beta process. With that said, the new text that is now starting to be received by users on a fairly large scale takes the functionality to a new level by opening it up for AT&T users traveling abroad. 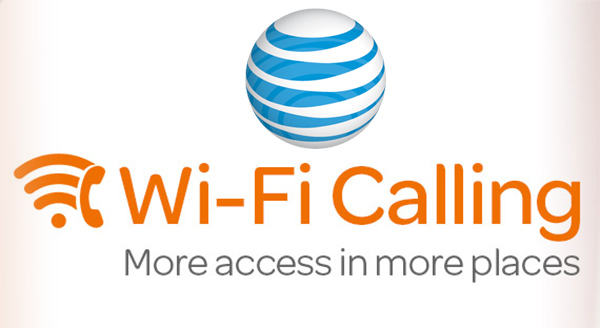 AT&T Free Msg: With the latest software update for your phone you can use Wi-Fi Calling when traveling outside the U.S. This means you can call back to the U.S. or receive incoming calls, with no airtime charges. When you call international numbers, your rates will be the same as those in your smartphone plan or international package. For details visit att.com/wificalling.

As outlined in the text message being received, AT&T has created a dedicated help and information page that showcases the features and benefits of using Wi-Fi Calling when traveling internationally. It specifies that Wi-Fi Calling for both local and international usage is available on “specific devices”, and that Wi-Fi Calling will “work automatically” with the existing AT&T number assigned to the account, once enabled. The network lists the compatible devices as being the iPhone 6, iPhone 6 Plus, iPhone 6s, and the iPhone 6s Plus. All of which must be running Apple’s iOS 9.3 firmware in order to take advantage of international usage. 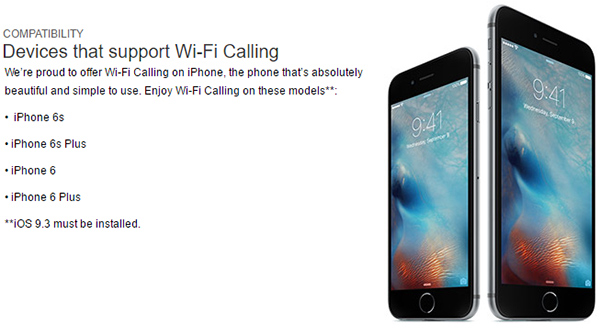 In addition to having iOS 9.3 installed on the compatible device, it’s also worth noting that the latest AT&T Carrier Update – currently AT&T 24.1 – will also need to have been pushed through and installed on the device. In most cases, this is done automatically as part of the firmware update, or on occasion, the iPhone does provide an alert asking if the user wishes to update the Carrier Settings on the device. If iOS 9.3 is installed, but the feature isn’t showing up, it’s worth connecting that device to iTunes to try and force the Carrier Update through. Alternatively, you can try our guide here on how to check for new carrier updates on iPhone: How To Check And Install iPhone Carrier Settings Update.