Both of the new bands are available for both the 42mm and 44mm Apple Watch and cost the same $49 to buy. They’re available to order from Apple’s online Apple Store already and will also be available in Apple Stores, too. 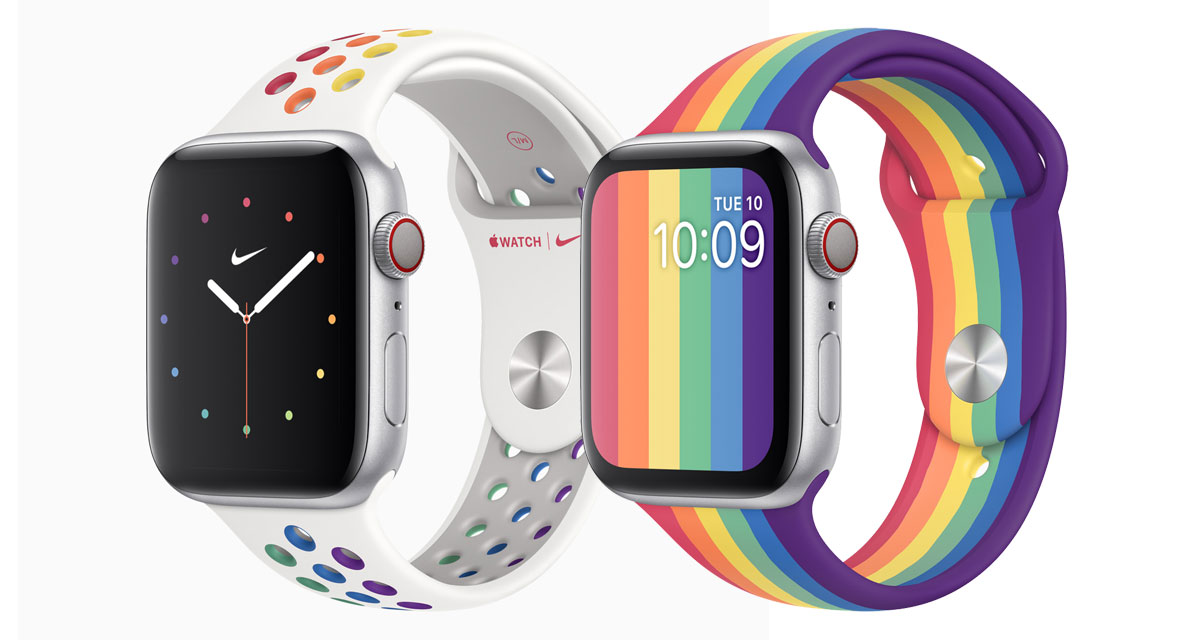 Apple says that each band is assembled by hand, making them all slightly unique. And for the first time that $49 asking price kind of makes sense.

The Pride Edition Sport Band is assembled by hand from individual strips of colored fluoroelastomer. The strips are then machine die-cut and compression molded together. This process results in subtle variations in the wavy rainbow design, making each band artfully unique.

Apple also noted that a future version of watchOS will offer matching Apple Watch faces as had already been discovered in the latest watchOS 6.2.5 beta. One, in particular, will take the Pride stripes of the Pride Edition Sport Band and continue it through the wearable’s screen.

There’s little doubt that the best looking of the two is the Nike Pride Edition Sport Band, though. All-white with colored holes, this is definitely the pick of the pair.