There has been much talk about Apple’s rumored iPhone 9, or iPhone SE 2, depending on which religion you happen to follow. But whatever it’s going to be called, Bloomberg reckons that it will enter mass production as soon as next month.

That would tie in with existing rumors that have Apple launching the low-cost iPhone as soon as March, with production set to be split across Pegatron, Winstron, and Foxconn.

Bloomberg echoes many of the main talking points we’ve been seeing recently, including the screen size and expected selling price.

This will be the first lower-cost iPhone model since the iPhone SE. It will look similar to the iPhone 8 from 2017 and include a 4.7-inch screen, Bloomberg News has previously reported. The iPhone 8 is still on the market, currently selling for $449, whereas Apple sold the iPhone SE for $399 when that handset launched in 2016.

The new phone is expected to have Touch ID built into the home button, reusing established Apple technology instead of opting for an in-display fingerprint sensor like most modern Android rivals. It will not have Apple’s Face ID biometric authentication, but it will feature the same processor as Apple’s current flagship device, the iPhone 11. 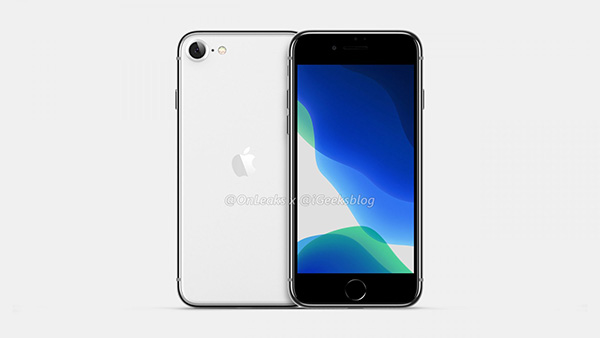 Predictably, Apple isn’t commenting on any of this but it does all seem to make plenty of sense based on what we’ve been hearing in recent weeks and months. If Bloomberg is indeed correct here, we can expect to start seeing more and more of the iPhone 9 as the days and weeks tick away towards March. It’ll certainly be nice to put this phone to bed so we can start the process all over again with the iPhone 12 and iPhone 12 Pro.

Bring on WWDC, too!