It probably won’t come as any great surprise considering Apple’s recent focus on health and fitness, but a new report is suggesting that Tim Cook’s company is working internally on new health-tracking hardware that could launch alongside the tenth anniversary iPhone in 2017.

A number of Apple’s recent hardware and software improvements have brought new abilities when it comes to allowing users to track their activities and certain physiological changes within their own body. Sources are now suggesting that Apple’s offerings in this space could be set to increase as early as next year. 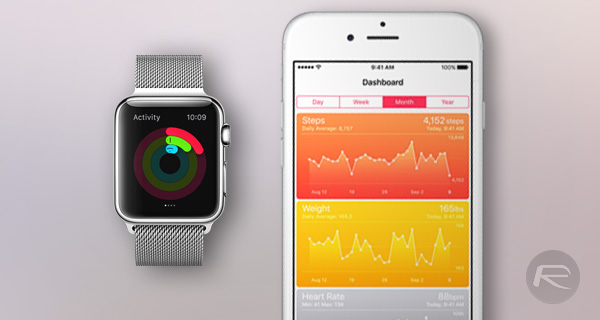 Given the nature of the report, which has made its way into the public domain via some Chinese publication, it’s extremely difficult to pinpoint exactly what that product could be, but Apple is said to have already applied two years of research and development into progressing the product. That deep level of R&D, which has presumably also included research into the market for whatever the product is, has been held within the company’s health laboratories under the watchful eye of Jay Blahnik, Apple’s health and fitness director.

You only have to look at Apple’s recent hardware and software improvements to get an instant appreciation of just how important the health and fitness space is to the Mac-maker.

The first-generation Apple Watch is essentially a comprehensive fitness tracker that adorns the wrist of wearers and feeds data back to a connected device. Even modern iPhones come with built-in motion processors and detection facilities that can track steps and activity. There’s also the software and framework side too, which has resulted in the development and release of ResearchKit, CareKit, HealthKit, and of course, the Health app that now ships as part of iOS.

When asked recently about what he believes will be the next major important category of product development, Apple CEO Tim Cook shared his believe that health will be the “biggest one of all”.

Given that we know very little about this future health-based product, there is a very real possibility that the report could be referencing the Apple Watch 2, a product which is speculated to come with all of the power of the first generation device, but with the addition of powerful tracking sensors that can read and store additional health-related information.