Apple’s AirPods are undoubtedly a runaway success for Apple with the wearables category being one that continues to push Apple through somewhat difficult times. Now, VP of Product Marketing, Greg Joswiak, has spoken with WIRED about how AirPods came about, and why.

According to Joz, as he’s affectionately known, Apple decides to make the move into wireless earbuds because it didn’t like the idea of people having to plug cables into a wireless iPhone just to listen to music or make hands-free calls.

According to Joswiak, Apple “had a vision for our wireless future for many years” before the first AirPods were unveiled. “We had this incredible wireless product, the iPhone,” he says. “And yet, what began to feel odd is when you saw somebody using wired headphones. Right then you thought, why would you attach the wire?”

The original AirPods shipped alongside the iPhone 7 in 2016, with Apple deciding to kill the headphone jack in what remains a controversial decision according to some. That despite the fact that the vast majority of flagship phones from other manufacturers have followed suit.

“It was almost like wildfire how quickly it spread,” Greg Joswiak, Apple’s vice president of product marketing, says. “It’s done even better than we could ever imagine.” 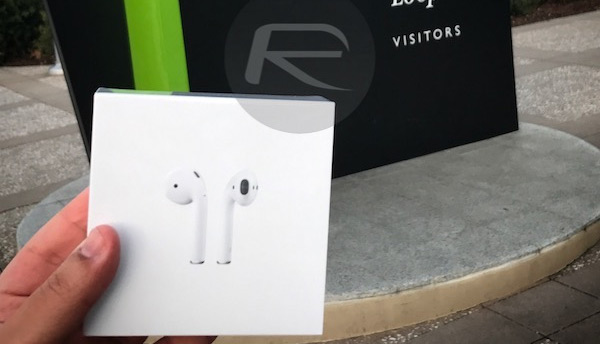 Jos also explained that Apple took great pains to try and make sure that AirPods suited as many ears as possible, with those efforts expanded for AirPods Pro.

We had done work with Stanford to 3D-scan hundreds of different ears and ear styles and shapes in order to make a design that would work as a one-size solution across a broad set of the population. With AirPods Pro, we took that research further – studied more ears, more ear types. And that enabled us to develop a design that, along with the three different tip sizes, works across an overwhelming percentage of the worldwide population.

Apple is rumored to have refreshed AirPods “ready to ship” at some point, but Apple has yet to make any announcement about the new product.