Apple has updated the subscriptions page of the Settings app on iPhone and iPad to make it more easy to see which subscriptions are active, which will soon be renewed, and more.

The overall interface is considerably cleaner and more modern, too.

The new interface has been spotted by people running the latest iOS 16 beta as well as iOS 15.5, suggesting that this isn’t something that is related to Apple’s fall software updates. This makes it easier for people to edit existing subscriptions as part of the re-think.

Being able to cancel subscriptions that are no longer being used is a great way to save money at a time when it feels like everything is getting more costly. This change is a positive one because it’s now easier to see if and when an existing subscription will renew. 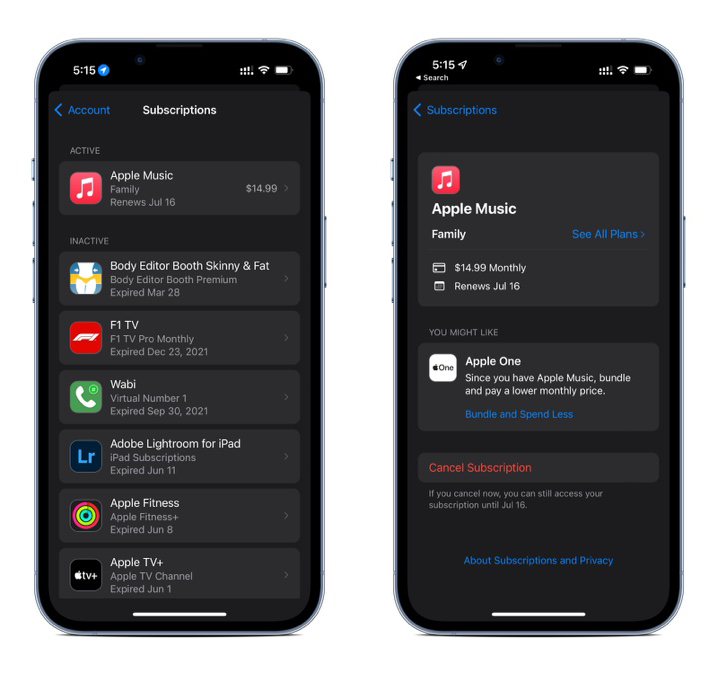