While Apple isn’t saying exactly how many subscribers its fledgling Apple TV+ streaming service has been able to pick up, that isn’t stopping others from speculating. Now The Wall Street Journal is citing an analytics company that reckons the last quarter of 2019 brought in around 33.6 million users.

It’s worth remembering that Apple TV+ only launched on November 1, too.

That number would make Apple TV+ bigger than Hulu and Disney+, although it’s still equally early days for the latter. Disney+ is also only available in select countries with more coming online in March. The report has Hulu running with 32.8 million users while Disney+ has 23.2 million.

Of course, Apple is giving Apple TV+ away to buyers of new Apple hardware, so it’s likely many people are signing up just because they can. We’d love to know what the actual usage figures are, but we’re unlikely to really find out. Apple pundit John Gruber believes that free access doesn’t take away from the success of the service.

If that’s even close to accurate I’d say Apple TV+ is a roaring success. Yes, of course, surely most of those customers are using it free of charge for the first year. But that’s the point of this ‘buy any Apple device, get a free year of TV+’ promotion. Apple wants people to take advantage of it — it’s the answer to the question of how you launch a paid streaming service with no content other than 11 original shows. Make Apple TV+ a habit now, get paid later. Apple can afford to be patient.

I’ve been curious how many people who qualify for TV+ know about it, and realize just how easy Apple’s TV app makes it to start your yearlong free subscription. Apparently, a lot. 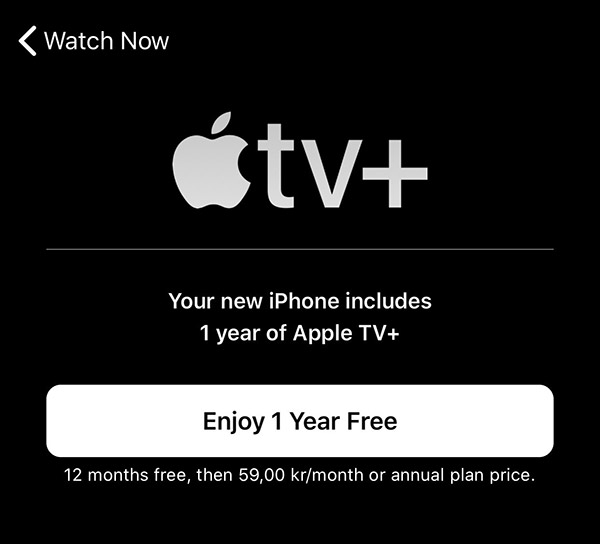 We do wonder what these numbers would have looked like if everyone had to pay $4.99 right out the gate.