Apple has released its first Rapid Security Response update for iOS 16.2 beta 3 and iPadOS 16.2 beta 3, with both iPhone and iPad users seeing the release available for download.

However, while not initially making that clear to people downloading the update, this has now been confirmed to be a test by Apple, likely ahead of releasing actual Rapid Security Response updates in the future.

The mechanism for installing the update is identical to others and can be found via the Software Update section of the Settings app.

As noted by 9to5Mac, these Rapid Security Response updates can also be uninstalled if required, with the full iOS updates listed as a separate entity.

Interestingly, installing the update lists the iOS version as iOS 16.2 (a), and there is an option to remove the “security response” in Settings > General > About > iOS version. This section also continues to list the original iOS 16.2 beta 3 build separately. 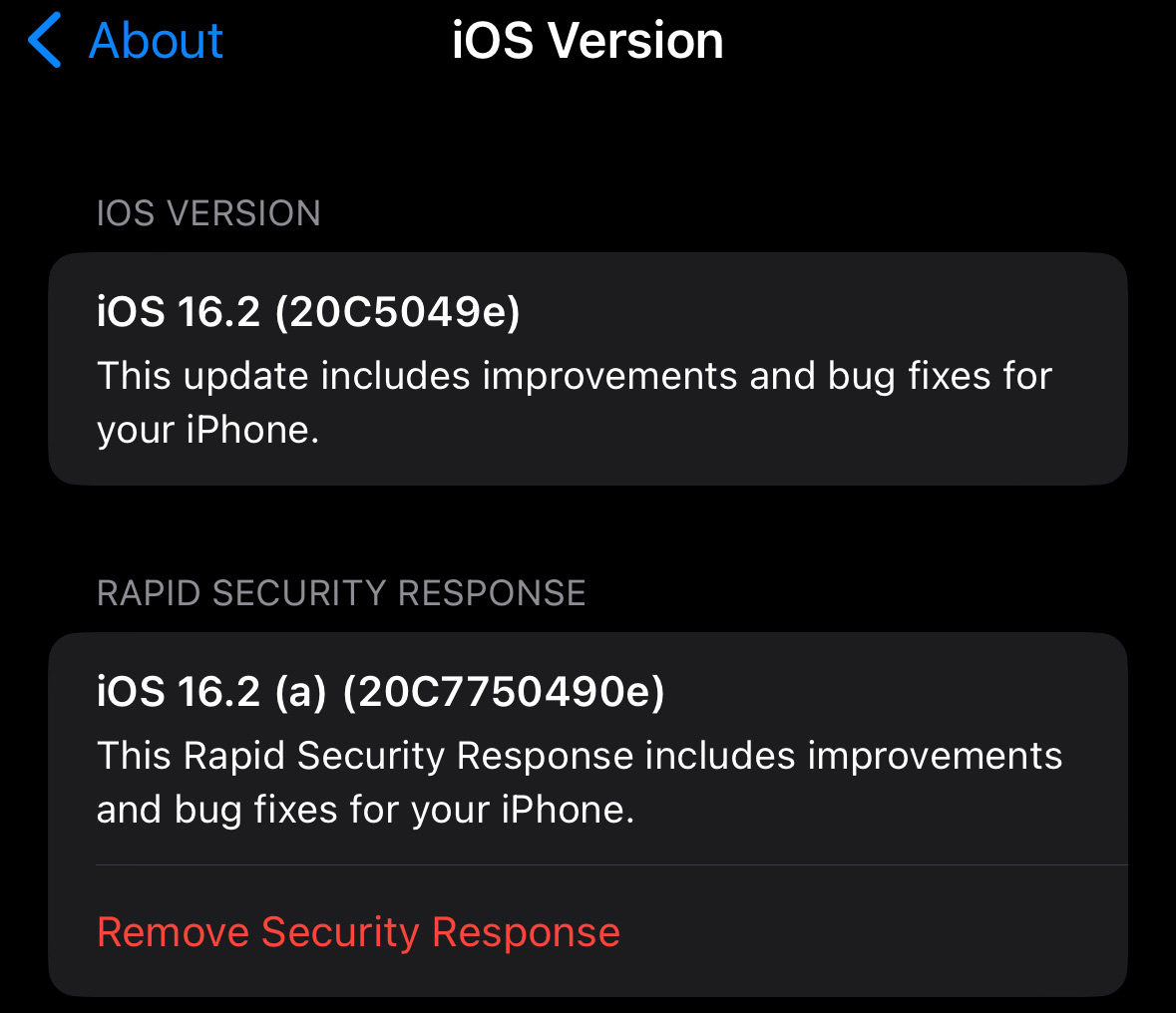 Apple has since confirmed that the update doesn’t actually do anything in this instance and instead is just a test of the update system. We can likely expect Apple to provide security fixes like this in the future, rather than releasing larger iOS updates and incrementing the iOS version number as a result.

Apple’s iOS 16.2 and iPadOS 16.2 updates, expected to arrive in mid-December, will bring with them support for the new Freeform collaboration tool and more.