As was predicted, CEO of McGraw-Hill has confirmed in an interview to CNBC today that Apple is going to announce their Tablet on 27th and it will run on iPhone OS. Terry McGraw, who is the CEO of the famous publishing company further went on to confirm that they “have worked with Apple for quite a while” and that it will be based on the “iPhone operating system”. 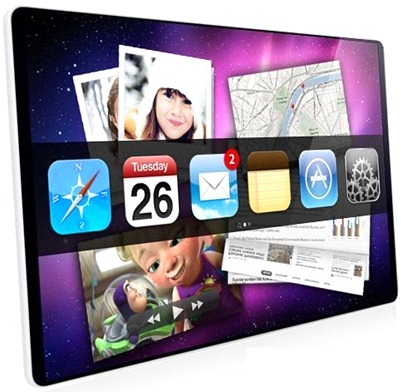 Don’t believe it? check out the video of the conversation below.

Yeah, Very exciting. Yes, they’ll make their announcement tomorrow on this one. We have worked with Apple for quite a while. And the Tablet is going to be based on the iPhone operating system and so it will be transferable. So what you are going to be able to do now — we have a consortium of e-books. And we have 95% of all our materials that are in e-book format on that one. So now with the tablet you’re going to open up the higher education market, the professional market. The tablet is going to be just really terrific.

In less then 24 hours from now, we all will know what Steve Jobs has up his sleeve when he takes the stage at the Yerba Buena Center for the Arts in San Francisco to unveil “their latest creation”. The next version of iPhone OS (Beta most probably) is also expected to be announced at the same event. [hat tip 10Ego via MacRumors]

You can find our complete coverage on Apple’s upcoming Tablet by navigating to this link here.