There are few computers in this world that are more expensive than a Mac Pro. Well, home computers at least. So it’s fairly safe to say that they are a high value target for thieves, which is why you’ll want to make sure that every precaution is taken so that the risk of your pride and joy being lifted by some light-fingered trickster. Until now, doing just that has been a case of fashioning your own security lock, or opting to go for one of the expensive third-party solutions that just don’t quite cut the mustard for whatever reason. Now though, Apple’s got your back.

Costing $49, which is a pittance compared to the price of the machine it’s designed to protect, is Apple’s new “Mac Pro Security Lock Adapter.” Designed to protect the new Mac Pro from going walkabout, the adapter will connect to Kensington or similar locks and has the added benefit of also stopping anyone from removing the Mac Pro’s lid for a gander at its internals. If you’ve got a Mac Pro and have something to tether it to, then you’re going to want to get one of these. A desk or particularly heavy object would be our recommendation, but we’re sure you can use your imagination here. 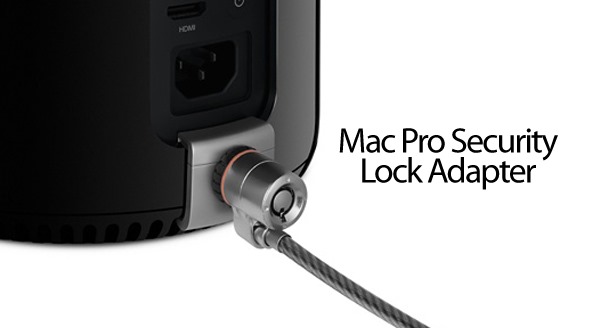 The Mac Pro Security Lock Adapter lets you use a compatible Kensington or similar style third-party lock (sold separately) to keep your Mac Pro secure. The adapter attaches without tools and does not modify or damage the Mac. With a compatible lock connected, the Mac Pro Lock Adapter secures the housing to the enclosure, preventing access to internal components.

The new lock adapter doesn’t yet appear to be in any brick and mortar stores, but it is available to order online. We’d expect stock to be hitting an Apple Store near you before the end of the week though, so if ordering online doesn’t suit your needs, you should be able to wander in and pick one up soon enough. 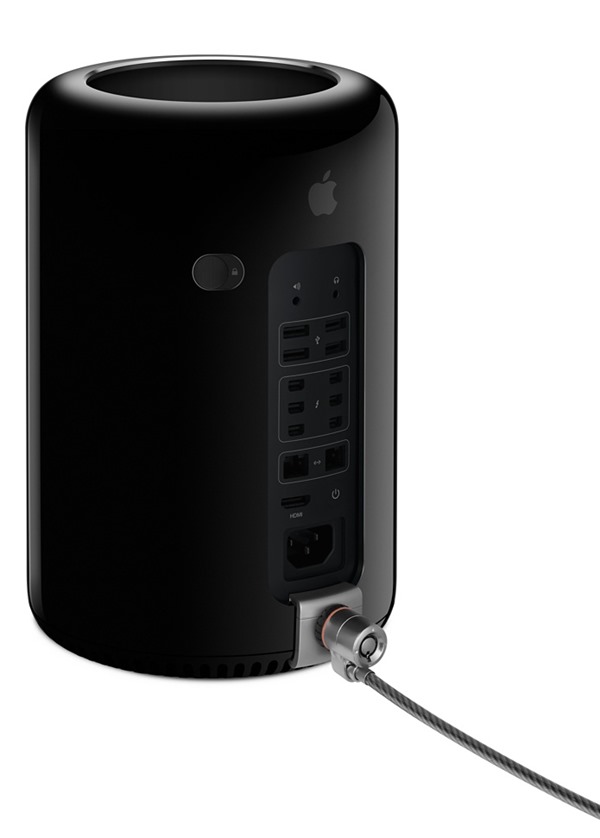 The lock will ship in 24 hours (at the time of writing), and like we said, if you’ve got Apple’s expensive Pro desktop, then it’s highly recommended that you invest in one of these to keep things on the safer side of the fence.

You can grab the Mac Pro Security Lock Adapter from here.