As part of their ongoing desire to produce innovative and truly remarkable products which push the boundaries of an already progressing industry, Apple has filed a patent application for a cover attachment that comes with an embedded flexible display. The application has been brought to public attention by the United States Patent Application Office that published it on their website this morning, but the interesting thing about this application is that it was filed originally in August of last year, only five months after the release of the initial Smart Cover with the second-generation iPad.

The public release of the patent application has also come at what Apple would class as the perfect time with Microsoft gaining some attention and praise for the cover accessory which they showcased along with the Microsoft Surface not that long ago. A mobile device accessory that not only acts as a cover but also contains interface elements is something that clearly appeals to the market, with Apple’s existing Smart Cover seemingly being the perfect product to enhance and embed this proposed technology in. 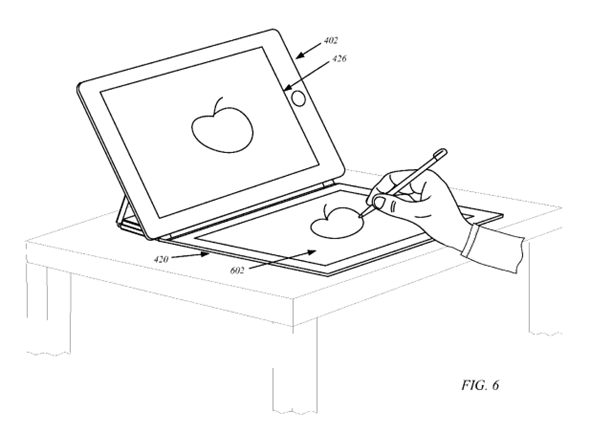 The patent involves using advanced manufacturing processes and technologies to included a flexible display in one of the panels of the iPad Smart Cover. Apple believe that having a cover that not only acts as a protective layer, but also includes certain touch-based functionality would greatly enhance the functionality of the actual device that it is connected to, which in this instance would the iPad. When you actually stop and think about what Apple are proposing in this patent application, it makes perfect sense from a user experience point of view to be able to handle certain tasks through a display on the cover itself. 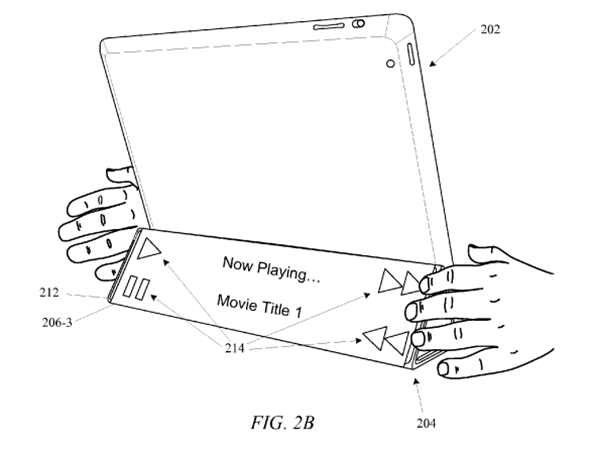 The limits of what could be achieved with a product like this is really down to what Apple think would be worthwhile integrating. The embedded flexible display could be used for something as simple as including a set of media controls to allow music tracks to be skipped or paused, or they could even go as far as allowing an extra row of app icons to be shown on the panel. Depending on the size of the display, the product could also be used as a drawable area that translates onto the iPad’s screen, something that would be perfect for artists or designers. To make something like this work, the iPad would need to have some kind of port for the Smart Cover to connect to and communicate with the information, possibly like the Maglock ports on MacBooks. 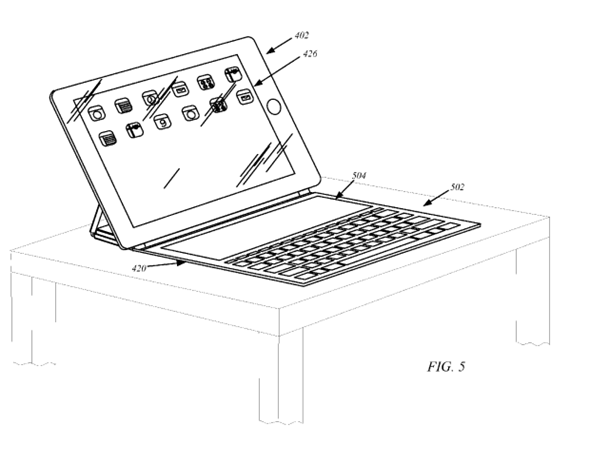 The fact that this has come to pubic attention after being with the United States Patent Application Office for twelve months doesn’t really mean anything, but it is extremely exciting to see that Apple is still attempting to push the boundaries of what people believe is possible. Although it may be a technology or a product that will never see the light of day, I for one would fall over myself to purchase it.