Apple Picks Up A Patent For Smart Glasses That Record Video

Apple is said to be working on some sort of mixed-reality headset or glasses and now a new patent has been granted to the company relating to exactly that.

Specifically, the new patent describes the ability to be able to record video that is based on a person’s gaze.

The patent, spotted by Patently Apple, describes a camera that could be mounted to the frame of glasses to record the gaze of the wearer.

That would allow the glasses to only record what a person is looking at rather than everything around them.

Apple notes that head-mounted displays are used to provide virtual reality, augmented reality, and/or mixed reality experiences for users. Video from a virtual reality or mixed reality experience may be recorded for later playback or analysis. Gaze-tracking sensors may be used to provide an indication of where a person is currently looking. Instead of a camera on the smartglasses frame simply recording what’s in front of the user, the camera could be driven by where the user’s eyes or gaze is shifting to. 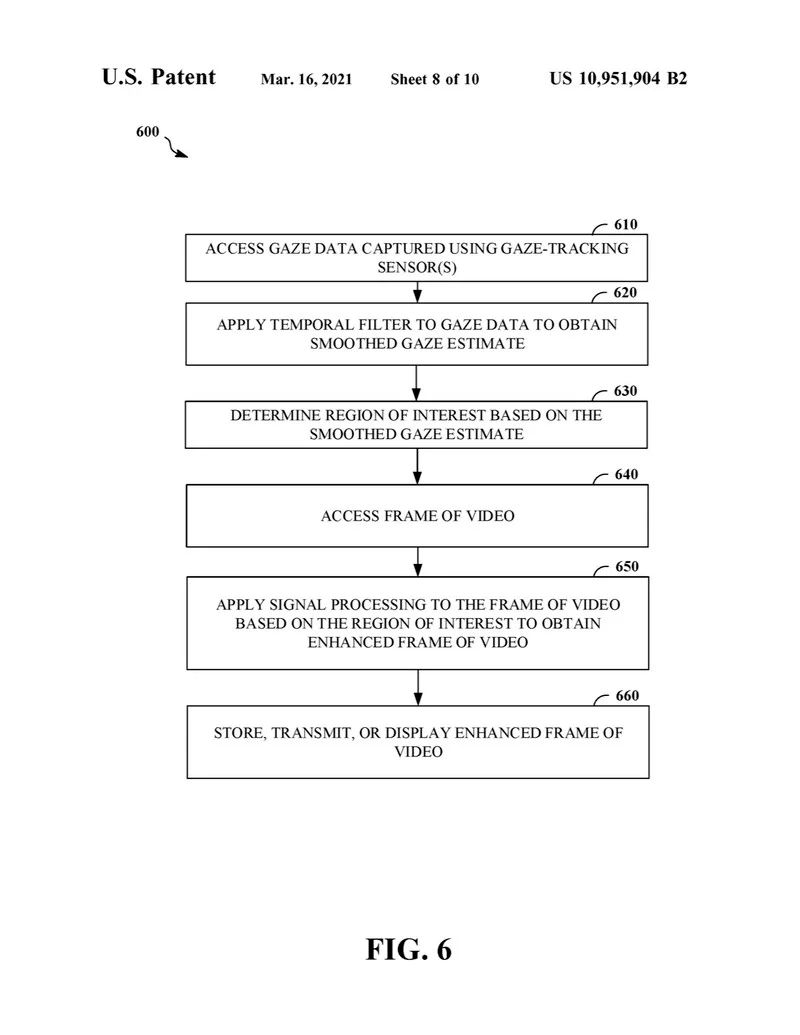 The patent also includes a note that smartglasses could be configured to work with iPhones, iPads, Macs, and even televisions and smart speakers. What they will do with those devices isn’t clear but this is the first time such a pairing has been discussed.