Apple is continuing to enact its Apple Pay plan of domination on a global scale. As part of that finely tuned plan, the company’s contactless payment platform has just become available in yet another country as part of a worldwide partnership with American Express. That move has seen Apple’s website and Apple Pay support page updated to reflect that consumers in Singapore who are eager to part with some cash are now able to do so by utilizing their existing American Express cards once set up through the digital Wallet app on a supported iOS device.

Expansion into supporting American Express customers in Singapore not only extends Apple’s ongoing relationship with the financial services corporation, but also means that the company has yet another payment presence in another large economy. 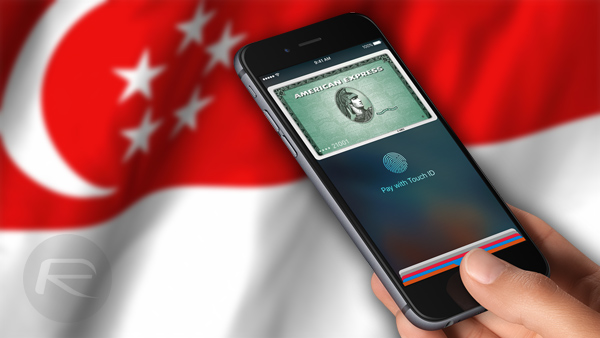 Today’s announcement extends support for Apple Pay into a sixth country, with existing operations already taking place in the United States, the United Kingdom, Canada, Australia and China. And of course, Apple will be continually looking for further expansion in additional territories including France, support for which is expected to be announced at the WWDC 2016.

Jennifer Bailey, who currently operates as the head of Apple Pay for the Cupertino-based company, had this to say about the availability of Apple Pay in Singapore:

Starting today, Apple Pay is available for eligible American Express issued credit cards in Singapore, so customers can now pay in an easy, secure, and more private way. We’re also thrilled that credit and debit cards from Singapore’s most popular banks, including DSB, UOB, and Standard Chartered will work with Apple Pay in the coming months – so even more people can experience the best way to pay from their iPhone, Apple Watch, or iPad.

That’s great news for residents of Singapore. Those who happen to live in the country, but don’t have an account with American Express, won’t be alienated for too long it seems, with plans already in place to support a number of other credit and debit card types from leading banks and institutions, including those from VISA, in the country.

Apple Pay is supported by a handful of stores in Singapore as of today as can be seen in the image below, with support for additional stores arriving soon as well. 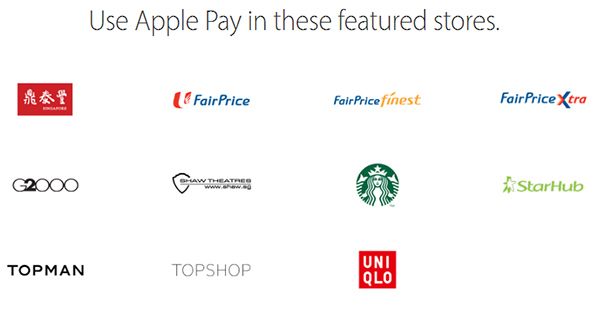