China To Get Apple Pay This Thursday, France Announcement Set For WWDC 2016

Both France and China could be about to join the UK, US, Canada, Australia in their Apple Pay usage sooner rather than later, with new rumors having French banks already working with Apple while their Chinese counterparts are starting to confirm that Apple Pay will be switched on come Thursday morning.

France is rumored to be set to get an Apple Pay announcement at this year’s WWDC event in June, although with negotiations still ongoing between Apple and banks, it is unlikely that France will be able to go live with Apple’s contactless payment system at that time. While France is the country currently said to be highest on Apple’s agenda, it’s likely other European countries will follow suit, with contactless payments already popular on the continent. That fact alone should aid in both the setting up of Apple Pay and the early adoption by users. 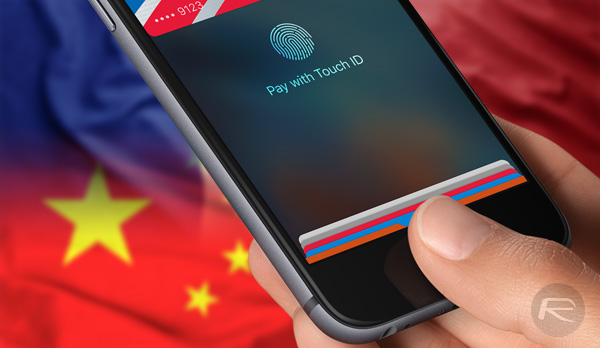 While French Apple fans may have to wait a while yet for Apple Pay, those in China may only have to wait until this Thursday if both rumors and semi-confirmations by banks are accurate. Apple Pay support in China has been promised for 2016 already, but a timescale has been unknown thus far. However, China Guangfa Bank is reportedly confirming that Apple Pay will go live on February 18 at 5:00 local time via the company’s official WeChat support avenue, with the specificity of the date and time suggests Apple Pay may be about to make the leap across to China very soon, indeed.

According to code found in iOS 9.2, China’s Interac bank may also be gearing up for Apple Pay support with UnionPay support already confirmed. A screenshot that has appeared on Twitter today appears to show a reference to Interac’s payment network, although that obviously doesn’t mean an announcement is imminent. 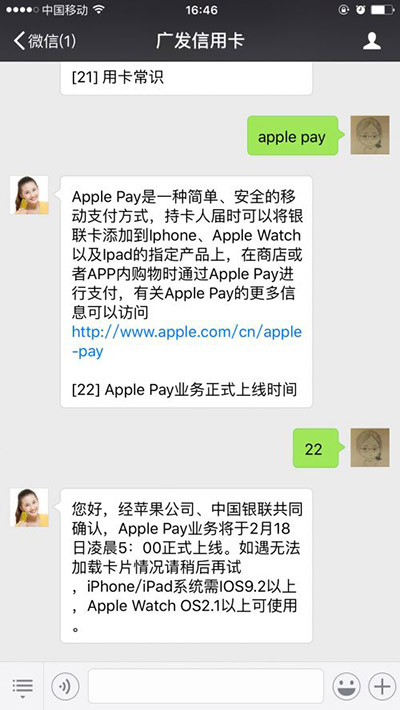