Apple Pay may be gathering pace in additional countries and territories around the world after initially launching in the United States, but that doesn’t mean Apple is done expanding the service. Granted, the company is keen on getting as many financial partners in as many countries as possible onboard the service, but it seems like it is already looking at the next evolution of Apple Pay going forward. A newly discovered patent application adds further fuel to a month old speculation which suggested that Apple is planning on bringing peer-to-peer payments through iMessage. Apparently, there’s more to it.

With the ability to send payments from person-to-person through iMessage, presumably with all transactions handled through the ease of Apple Pay, it would mean that users would require a compatible Apple Pay device and have that functionality set up with a compatible card and bank through the native Wallet app.

Now, the new patent, which was filed last month in December, suggests that Apple could be looking beyond just iMessage by introducing payments through telephone calls and even emails. Apple adding the ability to allow iPhone owners to send payments through iMessage and other communication methods certainly isn’t beyond the realms of possibility. There has been enough speculation, and the latest evidence which is a patent filing, definitely suggests that it’s at least being seriously looked at in the Apple camp. 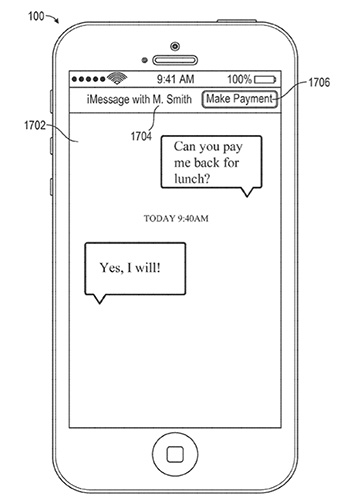 Of course as we know, companies like Apple are granted numerous amounts of patents, most of which never see the light of day. In this case, we believe the company is looking to capitalize on the current trend in the market for sending and accepting payments through messaging platforms, such as Facebook Messenger. 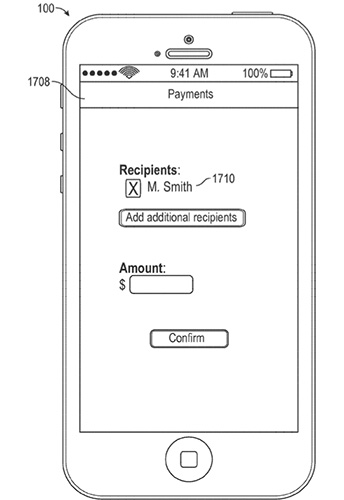 The ability to issue payments through iMessage, phone calls, email messages, and even calendar invites may not be a way for Apple to make any serious revenue, but it appears to be a great way to enhance the over all consumer experience of Apple’s payment platform. Research in the United States has suggested that peer-to-peer payments are particularly popular amongst 18-24 year olds, and 25-34 year olds. Converging messaging and payments together could be an excellent tactic for getting that key demographic to adopt Apple Pay and use it more frequently to pay for goods and services in store and online.