Users of Apple Maps app can now enjoy turn-by-turn navigation on iOS 9, no matter what part of the world they live in, thanks to a new jailbreak tweak.

Couple of years back, we told you of a jailbreak tweak that took Apple’s Maps to a whole new level for those who live in territories that are not covered by its current support for turn-by-turn navigation. Going by the name of MapsAllCountries, the tweak would enable turn-by-turn navigation for all countries, no matter whether officially supported by Apple or not. That’s probably where the tweak’s name came from! 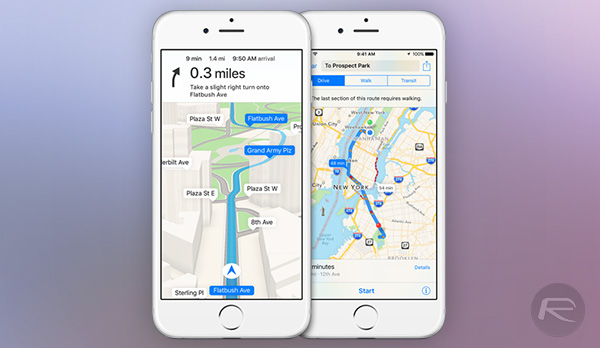 Unfortunately, that tweak was an iOS 6 and iOS 7 affair, which left those running the most recent iOS 9 kind of out of luck. Fortunately, that situation has now been rectified with the release of a new tweak, called MapsAllCountries for iOS 9.

Available to download for free from the Cydia jailbreak store, MapsAllCountries for iOS 9 is actually the work of a new developer rather than the same one that was behind the original, but thankfully, the tweak does exactly the same thing for those of us carrying iOS 9 devices around with us rather than the older iOS 6 – iOS 7. Anyone who lives in a country without actual Apple support for Apple Maps app’s turn-by-turn navigation can now ignore that limitation so long as they have this tweak installed, and considering it’s free, why wouldn’t they?

A prime example of why jailbreaking is still proving popular amongst many, MapsAllCountries takes an existing iOS feature and builds on it in a way that adds additional functionality but without adding extra complexity or insecurities. Apple Maps only offers turn-by-turn capabilities to those living in the right countries at present, but with MapsAllCountries for iOS 9 installed, no such limitation exists. 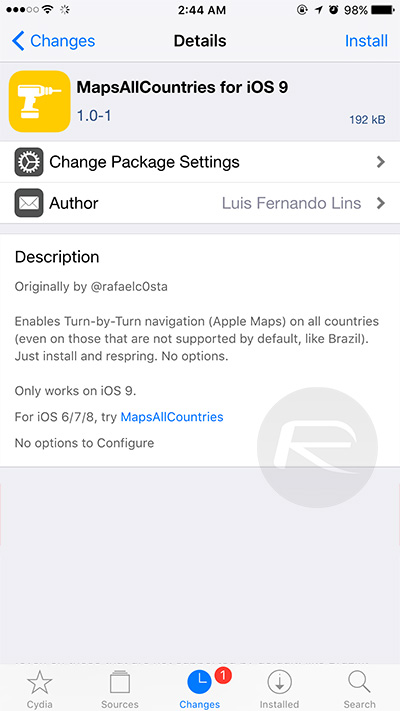 Users who want to give MapsAllCountries for iOS 9 a try can do exactly that today. As we mentioned earlier, the tweak is free to download from the Cydia jailbreak store under the BigBoss repository.