Excitement may be intensifying ahead of Apple’s rumored March 15th event, but it’s in no way going to be the highlight of the company’s year in terms of product announcements. Sure, we’re likely to see the rumoured iPhone 5se, along with the introduction of the iPad Air 3 and some new accessories for the Apple Watch, but it’s really the iPhone 7 that’s on everyone’s minds. As soon as this media event is out of the way, we will see speculation around the next-generation iPhone ramping up, but until then we’re going to have to make do with the few rumors that we have, as well as the “iPhone 7 concepts” that are starting to surface.

One of the latest iPhone 7 concepts come courtesy of designer Arthur Reis, and attempts to stay true to the current slim, beautiful aesthetic that Apple have crafted with the iPhone 6 and iPhone 6s range. Of course, there’s a slight reduction in thickness of the device to give it an overall slimmer look and feel, but the actual aesthetic remains very similar to what we already have. Interestingly, Reis has chosen to play on a number of rumors that we’ve been hearing already regarding the next-generation iPhone. This particular concept features a full waterproof design along with the move to an AMOLED display for a better visual experience. 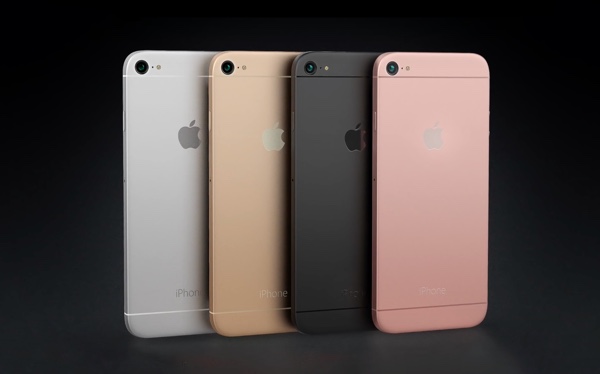 There’s also a focus on what Apple will look to do in terms of supplying music accessories with the device. The general consensus is that the iPhone 7 will ship sans 3.5mm headphone jack, meaning that we’re likely to get some kind of Bluetooth wireless experience. Reis has chosen to include a set of Bluetooth-compatible, Beats manufactured “AirPods” that would fit seamlessly in the ear and transfer music from the connected iPhone 7 via Bluetooth LE. It looks as though they would also be offered in varying colours to suit the device aesthetic. Finally, one of the additional major features that is shown off in this concept is the integration of wireless charging, complete with what is presumably a Qi-compatible charging pad.

It’s very difficult for anyone to take an educated guess at what route Apple will go down with the physical design of a future device. With that said, given the speculation and rumors that we’ve been hearing, it is possible to take a stab at a feature set. The iOS codebase has already suggested that iPhone 7 will do away with the 3.5mm headphone jack in favor of Lightning and Bluetooth-based EarPods. We’ve also been privy to speculation suggesting that wireless charging will be making an appearance in the iPhone range sooner rather than later. Whatever happens, check out the video for yourself. Would you be happy if this was reflective of the actual iPhone 7?