Apple Pay Launches In Australia, Here’s How To Set It Up

Apple’s foray into the realm of contactless payment has come a long way since it was launched in September/October last year. Initially exclusive to customers based in the U.S., Apple Pay extended its support to the UK in July of 2015, and after a gap of roughly four months, it is on yet another expansion drive fueled by a partnership with American Express, as was promised during the announcement of Apple’s fourth quarter earnings. Just two days ago, the service was launched in Canada while TSB and Tesco Bank hopped onto the Apple Pay bandwagon in the U.K., and today, Apple’s NFC-based payment system has officially made its way to Australia. 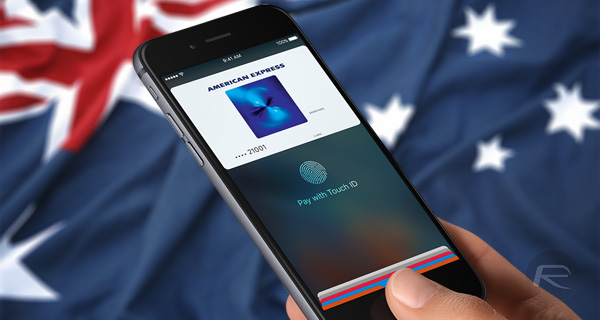 As with the launch in Canada, Apple Pay support in Australia is initially limited to American Express-issued cards. Several places of business around the country including Kmart, Starbucks, McDonald’s, Coles and Woolworths have the setup required to accept contactless payments via American Express, though availability is far less common than it is in other countries for Visa or MasterCard. If the service in Australia garners popularity as it has in the U.K., however, we should see local banks rolling out support for Apple Pay within a year.

The following devices are currently compatible with Apple Pay: 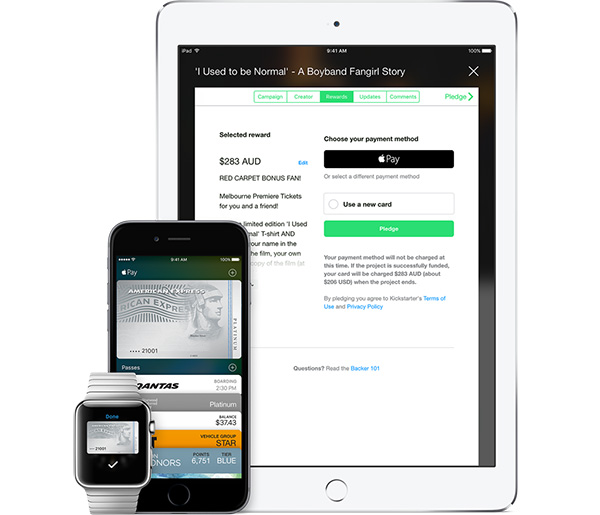 Apple customers in Australia running iOS 9.1 on one of the aforementioned iPhones or iPads should be able to add their American Express cards to the stock Wallet app today by tapping the “+” button in the top-right corner of a new Apple Pay section, which takes you through a painless setup involving a quick scan of your American Express card using the device’s camera followed by entering the security code along with any missing details. If you’re in the region and are having trouble adding your card to the app, American Express Australia have a video guide embedded below might help.

Australia isn’t the last stop in Apple Pay’s current expansion, with Spain, Singapore and Hong Kong next in line to receive support for the service, also through American Express. Where the service goes from there on is yet unknown. If the current trend is maintained, we should see more regions being brought into the fold with a gap of a couple quarters.