We’ve heard a lot about a so-called low-cost iPhone tailored to the smaller budget, and although Phil Schiller has spoken out to quash the rumors, the arrival of the iPad mini late last year has taught us that Apple is not afraid to go back on the word of some of its leading execs. Said budget device looks as though it might be Apple’s key to unlocking the lucrative Chinese (and other developing) markets, and while we’ve heard enough reports to entertain the possibility of it arriving, the speculation regarding its design and form factor has begun.

iLounge is often at the forefront of the early iDevice gossip, and continuing from last week’s report regarding the cheaper iPhone, the Apple-based site seems convinced the device will comprise mainly of plastic, offering design elements of the iPhone 5, iPod touch, along with the oft-forgotten iPod classic. 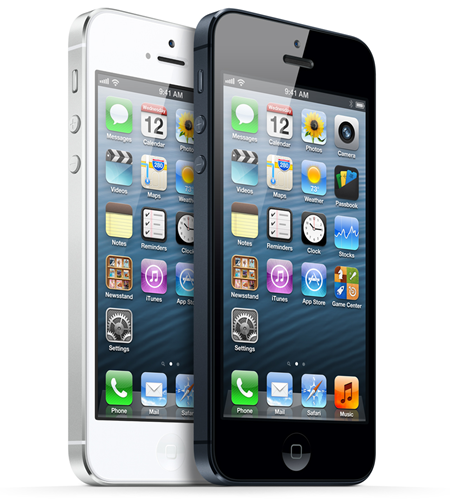 From the front, the device is said to look "almost identical" to the iPhone 5, with the same shape, sensor, camera, and arrangement of hardware buttons. It’ll pack a 1136 x 640 display (yes, that’s Retina), but the display will not sit flush with the body but instead, will stick out a tad, much like it used to with the old iPhone 3GS. iLounge cites (presumably industry) sources in its claims to have seen the upcoming device, and although many blogs and publications use this tactic in order to print essentially what they want, iLounge has a reputation for its accuracy on these subjects. 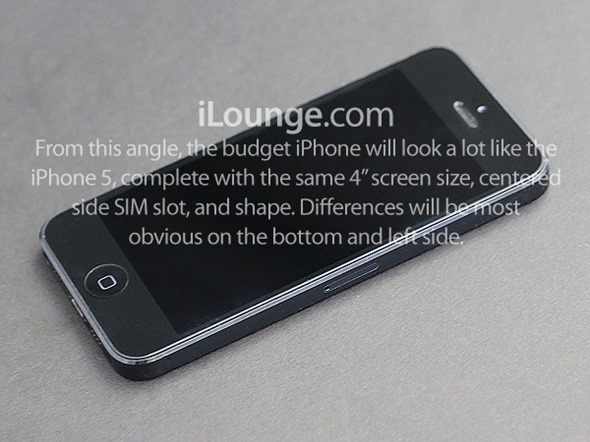 From the side, the separated circular volume buttons seen on the iPhone 4, 4S, and 5 will appear longer and narrower, akin to the iPod touch and iPhone 3G/3GS. The device is said to be a half a millimeter taller and wider than the iPhone 5, while also being a millimeter thicker. 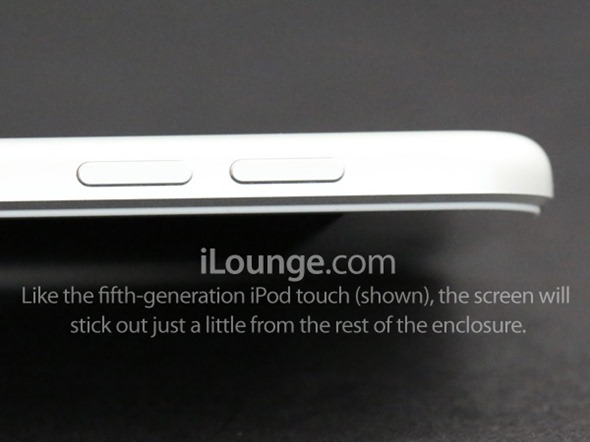 The curves toward the back of the device are where the iPod classic similarities are drawn. The curves are said to be confined to nearer the edge of the device, with the majority of the back being flat, which is quite different to the curves extended curves seen in many iPod touch devices. 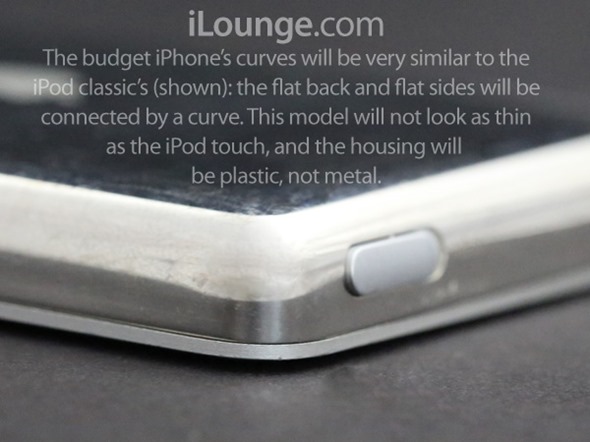 The consensus seems to be that the device will launch at some point later this year. Of course, we’ll keep you updated should we hear any further info.