New photos coming out of France appear to show two speaker enclosures which, it is claimed, belong to the upcoming iPhone 5S and iPhone 6 smartphones from Apple.

Apple’s once vice-like grip on its prototypes and their various parts was once legendary, but these days it’s not quite so strong. Perhaps beginning back when one poor Apple employee was unfortunate enough to leave a prototype iPhone 4 in a bar, Apple’s stranglehold on its employees and those of its partners is waning, leading to more and more leaks coming out of China in particular.

One particular brand of leak that seems to cause plenty of chatter each and every time is the grainy photo of what is claimed to be a part from an unannounced smartphone. It just so happens that we’re now seeing such photos of the roundly talked about, yet unannounced iPhone 5S and iPhone 6 handsets.

French site Nowhereelse.fr has found itself in possession of two photographs of what it claims are speaker enclosures for the next big iPhone releases to come out of Cupertino. The parts do look rather similar to each other, and importantly to the corresponding parts from the current iPhone 5. That doesn’t mean there’s nothing to see here, though. There are differences, we’re told, and that could mean we’re looking at parts that will eventually help form a new iPhone. 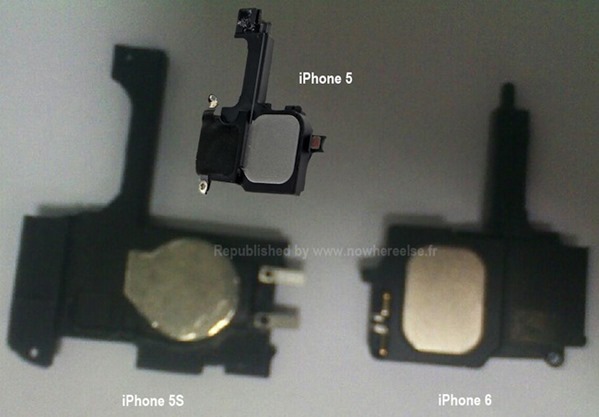 Of course, we’re all playing a very elaborate guessing game right now, as we always are prior to a big release from Apple. Over the years those guesses have become more and more likely to be accurate however, so we’re certainly not going to rule anything out at this point. 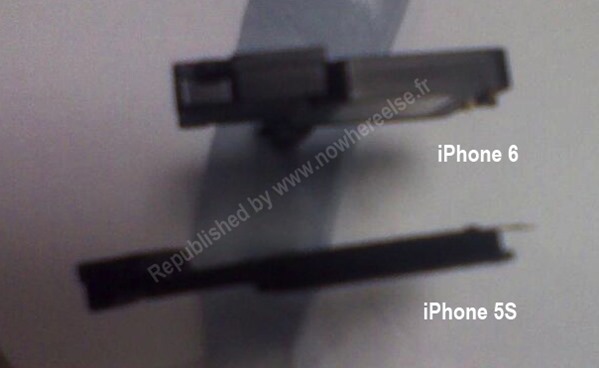 This particular source does have something of a trustworthy reputation in Apple blogging circles, but even the best records can be broken by one failure, so again there’s no guarantees here.

As is always the case with these photos, the only way we will find out about their legitimacy is when the iPhone 5S and iPhone 6 are in our hot sweaty little hands or, more accurately, those of someone willing to take them apart!

In case you’re not clear though, that’s not us!