The news is perhaps about as predictable as when Call of Duty: Black Ops II swept past Halo 4 to take its usual position is market leader, but Windows 8 has – just three months after its initial release – surpassed Apple’s OS X Mountain Lion in terms of market share. The Redmond company has seen a positive, if not overwhelming public response to its new operating system, and with many opting to upgrade online as opposed to purchasing a more expensive physical copy, the entire Windows process looks to be headed towards Apple’s download-only direction.

The figures compiled, which take into account desktop computers and notebooks, show that for the week of January 20th (last week), Windows 8 was installed on 2.45% of PCs worldwide. This is equal to OS X 10.8 Mountain Lion, but when one takes into consideration “Windows 8 Touch” (RT) at 0.08%, Windows 8’s market share just shades it. 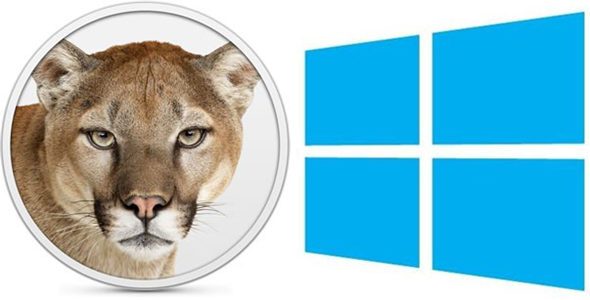 Many still seem happy to languish on Windows 7, which isn’t too much of a shock at such an early stage, and the market share of the seventh Windows edition sits at a very healthy 45.77%. Windows XP, which has been around for well over a decade, remains very popular, with well over a third (38.18%) still running it on their machine. While much newer software may no longer be compatible with Windows XP, the OS is perfect for those running antiquated hardware, and with many businesses content with it, that market share will remain high despite the efforts of Microsoft to nudge them towards Windows 7+.

The Windows Vista still clutches on to a 5.01% share, and although this data hasn’t yet been verified by a ‘Quality Assurance’ team, it gives a fairly accurate, provisional idea of the current state of play. We’ll have a better idea of what’s what this coming Friday, when PC market share numbers for the entire month of January is released.

The Surface Pro, which is set to launch on Feb. 9th, will be a very significant advertisement for Windows 8, and although it will be seen by many as a tablet, its Intel processor and support of legacy apps mean it’s every bit the notebook / laptop / ultrabook / computer.