According to a new report published by American market analysis firm Nielsen Media Research, Apple Inc. is the top smartphone manufacturer in the United States of America while Android, as a mobile operating system, keeps pulling ahead of iOS. 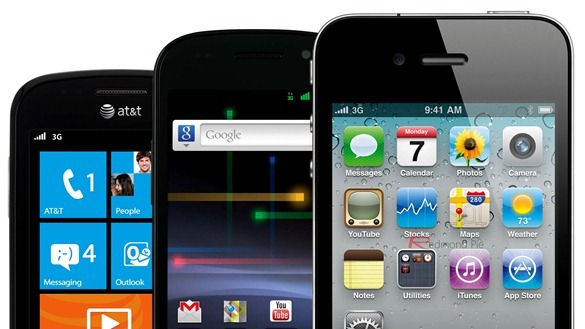 According to the report, Apple stands far, far ahead of the smartphone manufacturer’s pack with 28% of the total market. High-Tech Computers (that’s HTC) is second with 14% with their Android lineup and 6% with their Windows Mobile/Phone 7 devices. This is while Motorola and Samsung cover 11% and 8% of the smartphone market. RIM – manufacturers of the Blackberry series of business-oriented smartphones – take home 20% share.

This is a big, big win for Apple as they have only two smartphones – the iPhone 3GS and the iPhone 4 – up against a myriad of devices from competing manufacturers.

Still, Samsung’s Galaxy S II smartphone is doing great with sales nearing that of the iPhone 4. Samsung Electronics announced yesterday that their flagship smartphone has sold over 5 million units in just under three months. While Apple’s iPhone 4 achieved the 3 million unit mark in 21 days, it took the Galaxy S II more than double the time to reach the same milestone. One can, then, appreciate just how popular the iPhone 4 is. However, with the SGS2 launching in America soon, we certainly will see those figures go up.

As for the market shares for the current mobile operating systems, Google’s Android is ahead of the pack with a 39% share. Apple’s iOS comes in second place with 28% whereas RIM’s Blackberry OS has 20% share, Windows Mobile and Windows Phone 7 combined take 9% of the mobile OS pie while HP’s webOS and Nokia’s SymbianOS command a rather insignificant 2% (each) of the market.

The reason Android is ahead overall is because of the sheer number of devices it is being used on: there are dozens of smartphones from Samsung, HTC and Motorola that run on Google’s mobile OS. 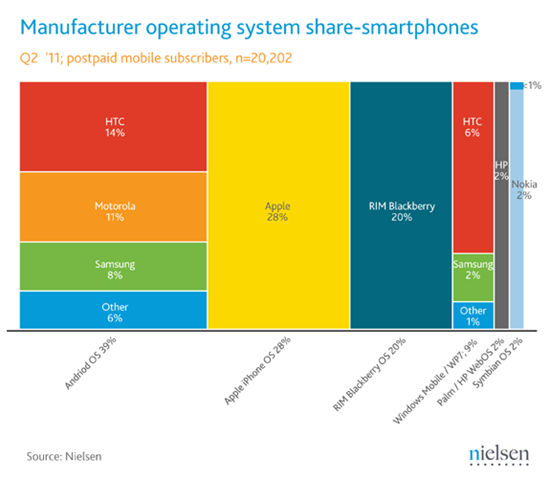 On an ending note, our readers should know that Windows Phone 7 is expected to grab ahold of some of the big player’s market share when Nokia, as well as other manufacturers, release their WP7-powered smartphones running on the latest Mango update. Mango RTM’d yesterday, successfully addressing several complaints; it is set to release “sometime” this fall.