Apple’s most recent Mac Pro has a striking look thanks to the lattice design that offers exceptional cooling and a distinct look. Now, that same lattice design is potentially going to come to the iPhone and a new trashcan Mac Pro, according to reports.

A new patent spotted by Patently Apple, titled simply Housing Construction, suggests that the same idea will be used in a future iPhone to allow for improved heat removal.

The increased surface area of such a design allows for improved heat dissipation – something high-powered smartphones need to do as much as possible.

These enhanced levels of heat removal, as described above, can result in significant performance gains for the electronic device and can allow for the use of components or operating levels that heretofore may not have been achievable with existing three-dimensional structures.

Interestingly, Apple also notes that the design wouldn’t just improve the devices’ thermal properties, but also make an iPhone nicer to hold, too.

In some cases, a three-dimensional structure can include a relatively intricate repeating pattern that, in addition to enhancing heat removal capabilities and providing stiffness, provides a visually interesting or aesthetically pleasing effect to the user. Such a three-dimensional structure, for example when used as a housing, can also include a variety of colors on one or more regions of the housing to enhance the visual appearance and provide a pleasing aesthetic experience to the user. 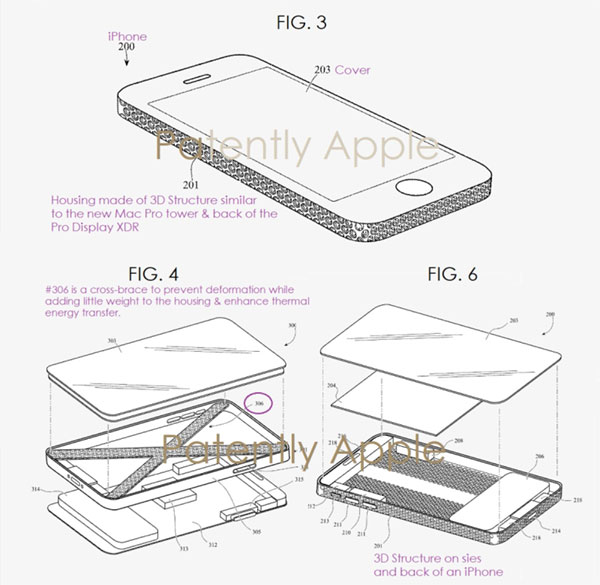 Perhaps even more notable is the suggestion that a new Mac could also benefit from the same lattice design, with the images used looking worryingly similar to the trashcan Mac Pro that was ditched in 2019. We can only hope Apple is leaning towards using this kind of design on a Mac mini device rather than a Mac Pro. 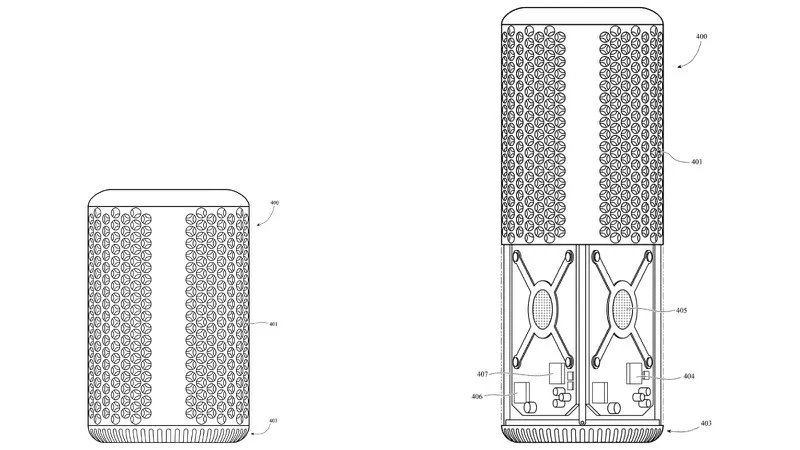 It’s always vital that we remember that patents don’t always turn into shipping products, however. Keep that in mind when poring over patents like this one.