A video of an iPhone 7 Plus melting down after it exploded is going viral on the web, with news coming in that Apple is looking to launch an investigation into the matter.

The video in question has so far managed to accumulate more than 21,000 retweets on Twitter alone after being posted by owner Brianna Olivas and recorded by her boyfriend when it allegedly spontaneously combusted and started bellowing smoke. Of course, if you have a video of that nature, the first thing you do is share it with your social media connections to garner attention. 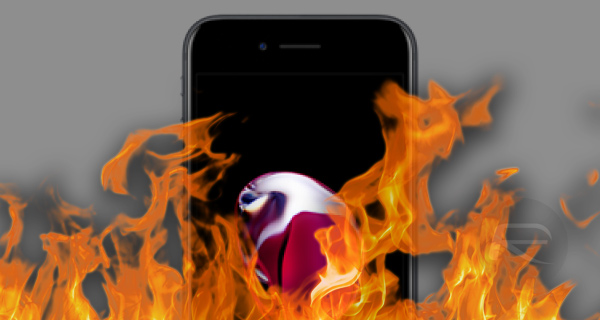 Apparently, Olivas had previously taken the said iPhone 7 Plus into a local Apple Store after discovering that the device wouldn’t physically power up. After running the usual tests in store, Apple employees allegedly deduced that there was nothing wrong with the smartphone and sent Olivas back home as it was working just fine.

Everything seemed normal that evening as the phone was charged overnight, but it was the next morning after Olivas’ boyfriend moved the device to the dresser that it started squealing and bellowing smoke.

The iPhone in question has now been handed over to Apple in order to allow an official investigation to be carried out on the hardware in order to ascertain exactly what has gone wrong, and more importantly, where the fault lies and if there is any chance of this happening again. 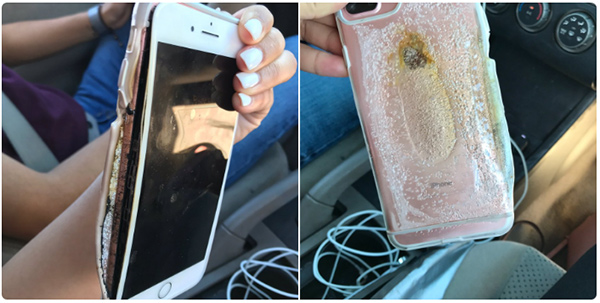 An official spokesperson for Apple has confirmed that it is “looking into” the issue, and that it should hopefully know more about the reasons behind the exploding device within the next seven days.

Apple will of course be extremely keen to find out what’s going on here given the fact that Samsung received so much negative press regarding the exploding Galaxy Note 7. For those that may have been hiding themselves under a rock for the last six months, companies like Apple are on high alert whenever instances occur that could be attributed to faulty lithium-ion batteries.