It wouldn’t be an iPhone without some sort of supposedly widespread problem. It would appear that the iPhone 7 and iPhone 7 Plus may be suffering from a problem that causes the anodized finish of the matte black color to chip off and flake away. While you may possibly expect this to happen with devices that have been ill-treated, claims in a growing thread on Apple’s support forum have the iPhones exhibiting this behavior even when being well looked after.

Trawling through the aforementioned thread, it appears that areas around the speaker grilles and the volume buttons are particularly susceptible to the issue, with some photos even showing the backs of iPhones with big flakes of metal missing. 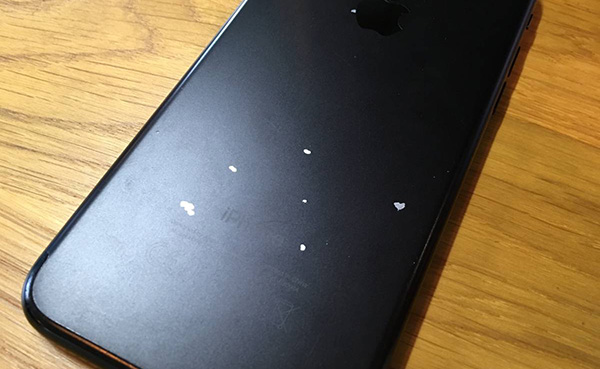 One photo in particular shows a very badly impacted iPhone, with no dents or scratches to suggest the device has not been looked after or otherwise mistreated.

As cosmetic issues such as this are not covered under Apple’s warranty, the company is arguably not obliged to exchange impacted devices. We would, however, be disappointed if Apple took such a stance in situations where it is clear that the device’s finish is sub-par.

My case might be even worse. The paint at the back of the iPhone started to chip off very heavily. First there were some bubbles building up and then when I put the iPhone on a table the paint chipped off completely.

I was at an Apple Store complaining about it but they didn’t know how to classify my case so I didn’t get a new phone for free. But the Apple Support hotline helped me out and asked me to send pictures of my phone. These pictures now have been sent to the engineers in California and I’m waiting for feedback… 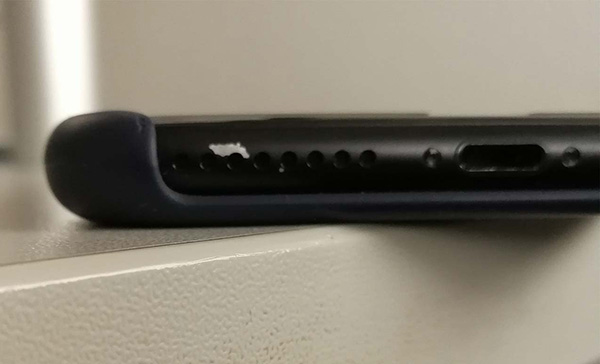 Given Apple’s past reputation for excellent customer service, we can only hope that iPhone owners whose phones are flaking away will not face such an issue when attempting to get their devices exchanged or repaired. 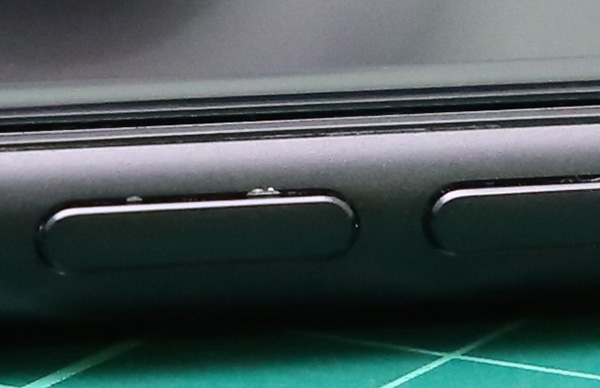