Apple made sure that the Apple Watch lived up to “most personal device” hype, offering that perfect blend of fashion and smart technology. What really allows users to personalize the watch to their taste is the choice of bands, which can be bought separately and swapped with the one on your watch in less than 15 seconds really. Convenient and effective; so why not patent the mechanism, thought Apple.

Discussing the Apple Watch design on its webpage, Apple writes, “A different band can really change the look of Apple Watch. So we created a full range of them in a variety of materials. The grooves in each case are precision engineered and CNC machined to ensure a perfect fit with any band.” Basically with this three-contact mechanism, users can push out a band in no time and slide the new one in. It’s so simple it’s like playing with LEGO blocks. 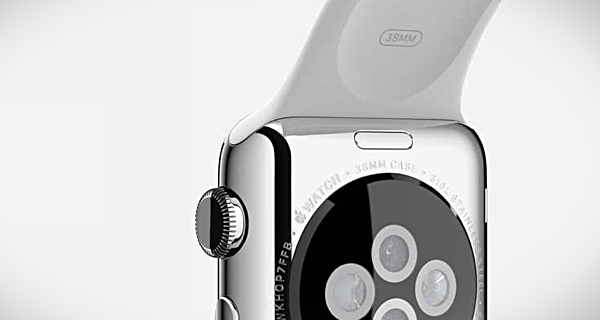 The design or the mechanism is the result of Jony Ive and his team’s efforts. The whole band swapping aspect of a smartwatch is an appealing idea indeed and with Apple Watch having raised the bar with its choice of materials and the personalization it offers, Android Wear powered devices would want to look into offering swappable bands on future watches, so the patent for Apple seems to have come right on time.

However, the three-contact mechanism is not the only design element of the Apple Watch which the Cupertino giant has patented. There have been around three other instances in the past starting early 2014 when the Apple Watch has not even been released, where the company started patenting certain design elements of its first ever smartwatch. 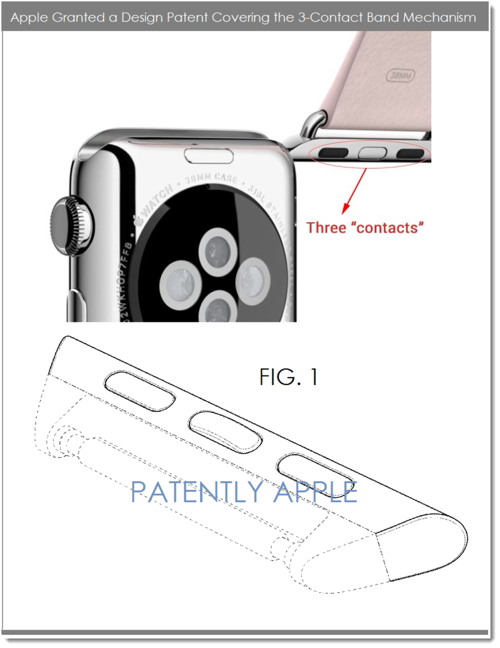 The Apple Watch is already available with a bunch of band choices for all three running models. However, Apple has revealed that if it has dawned upon you that the band type or color you ordered with your watch was a bad call, you can always swap it out with another color or type, but the new band has to fall within the same collection of the Apple Watch model that you own. Meanwhile, third-party manufacturers are also gearing up to offer their own Apple Watch bands.