It’s been a somewhat exciting keynote so far, as Apple has announced a good bunch of new products: the bigger, faster, but slimmer iPhone 5 with its support for 4G LTE, the lighting fast new dock connector, slick new version of iTunes, and the new iPod touch and nano with their welcome refreshes. Another product which was announced are the new earphones. Check them out after the jump.

The new earphones are called EarPods. They have been three years in the making and have come as a result of the negative feedback that the current earphones have been receiving, especially in comparison to offerings from HTC which (until a few months ago) included premium quality earphones with their products. 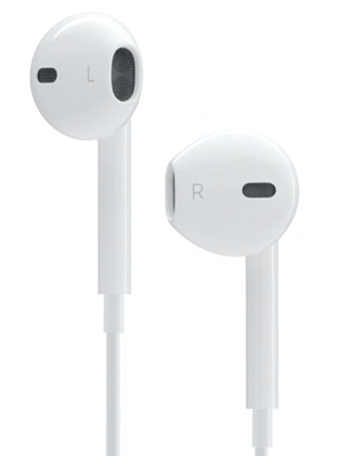 Apple feels that designing great earphones is a very challenging* task considering how everyone’s ears are slightly different. It’s like designing one pair of shoes for millions of people.

But, Apple has done their best to make a design that fits most people. The new EarPods are, according to Jony Ive, designed to direct sound into the ear instead of, you know, everywhere but the user’s ears with the old earphones.

All of the latest products – iPhone 5, iPod touch, and iPod nano – will come with EarPods. The ones that come with the iPhone 5 can act as a remote and mic, and also come with a special travel case which is a nice addition.

Those of you with other products can actually buy these separately for a price of just $29.00 from the online Apple Store, but considering Apple’s not-so-clean track record with sound in the past and the lack of any superlative adjectives officially associated with the product, I’d suggest you get a mid or low-end set of earphones from a company like Sennheiser or Sony which offer better sound and cost less.

At the event today, Apple has so far announced the iPhone 5, release date for iOS 6, new iPod nano and iPod touch, and a new version of iTunes. For more information, head on over the front page of Redmond Pie to read up all the details on the new products.

*Premium earphones from companies like Sennheiser, Bose, Sony solve this issue by packing in three or more differently sized earbuds for people with different ear sizes.