When it comes to Apple’s iDevice range, the iPod touch sits a miserable third behind the champagne iPhone and iPad devices, both of which hog the lion’s share of the limelight. With Apple retailing older iPhones and iPad years after a release at much-cheaper prices, it’s little wonder few consumers wish to consider a device handicapped from the word Go! At today’s special event, though, Apple has really bolstered the specs of the iPod touch, and if you’re the mobile device user playing games, listening to music and using Instagram a little too much, then the newly-upgraded iPod touch might be the perfect product for you.

Having been in the wilderness for quite some time – it hasn’t been changed since the iPhone 4 dropped in 2010 – many had presumed Apple would kill the iPod touch off, particularly given the rife rumors of an iPad Mini. That hasn’t turned out to be the case, though, and the new, fifth-gen iPod touch looks like a solid device. 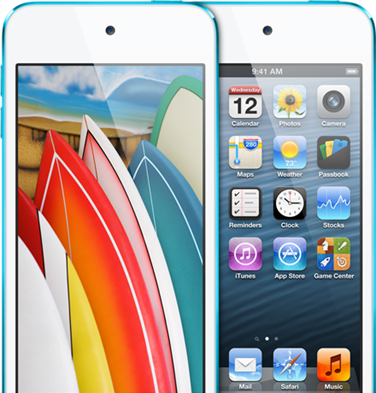 It now features a 4-inch display with a resolution of 1136 x 640. The new display certainly looks beautiful, and, tall to say the least. it’s a display meant to be stared to when it comes to watching videos, playing games, or viewing photos.

To keep things ticking over nicely, it has the A5, dual-core processor responsible for the smooth running of the iPhone 4S, and having been labeled as the perfect device for the casual gamer, will offer seamless rendering of even the most intensive titles available over at the App Store. 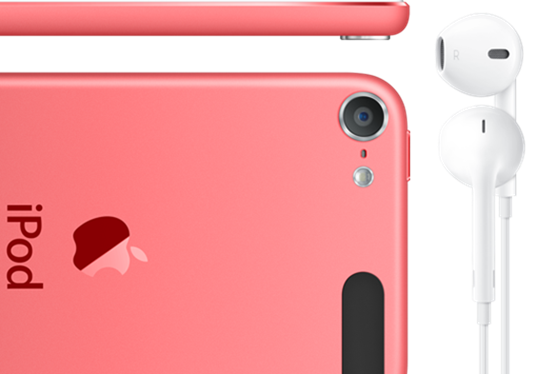 The camera has also been much-improved, improved way too much in fact. The iPod touch now packs in a 5-megapixel iSIght snapper with much improved optics. Apple makes a habit of using inferior firmware on the iPod touch compared with the iPhone, but with the majority of the new hardware having spawned from the iPhone 4S, prospective consumers can rest assured the 5th-gen iPod touch is no pushover.

The front-facing camera is now of the HD variety, which means that those FaceTime calls will look crystal clear. 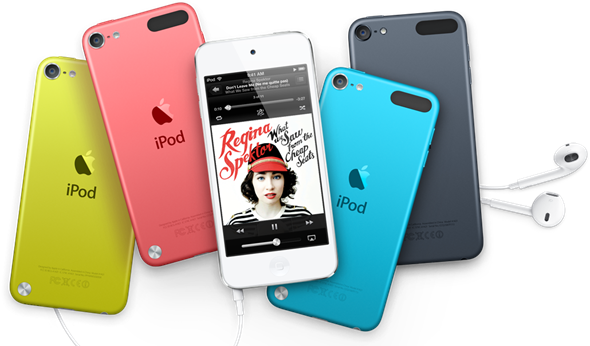 The new iPod touch has a significantly redesigned body and looks a lot more comfortable to hold or play around with.

The dock 30-pin dock connector port is now long gone, as Apple has introduced a newer, smaller and faster, USB 3 compatible port for the iPod touch. With USB 3 offering speeds more than 10 times over USB 2, it was a no-brainer to believe that Apple wouldn’t make the jump.

Courtesy of its powerful hardware, the new iPod touch now supports iPhoto, which allows you to edit and share photos like a pro.

The fifth-gen iPod touch also includes loop which allows you to tie a bracelet, a string, or anything for that matter to keep the device in hand.

The new iPod touch will ship with iOS 6 pre-installed to take full advantage of the hardware it has to offer. But wait, we said hardware, which means one thing: Siri! Yes, the new iPod touch comes with the virtual assistant which we all love and have fun talking to.

Battery life has been improved as well, and can now play up to 40 hours of music non-stop. Now that is a lot of music I must say.

The old pair of headphones which came bundled with every iPod are now a thing of the past, as Apple will be shipping the new iPod touch with their new and redesigned ‘EarPods’ headphones. The new design assures that the user stays comfortable and at the same time provides the best audio quality we’ve heard on any Apple device.

Coming in with the same capacities as before, i.e 8GB, 32GB and 64GB, you can rest assured that there’s an iPod touch for every sort of user, may they be a movie buff or just a casual gadget owner. But wait, the fun doesn’t end here, the iPod touch now comes in five different colors: white, black, blue, yellow and red.

With little doubt regarding the new iPod touch’s capacity to handle the needs of the consumer, the only real question remaining is, will people buy it?

The new iPod touch will be available in October.