The last couple of months consisted of intense speculation surrounding Apple as a company, with a lot of that attention being paid to the fact that they were planning on holding this media event that would feature a number of yet undisclosed product announcements. As is usually the case when these kinds of events are on the horizon, there is always going to be one major announcement with the possibility of the company introducing a few smaller, but still notably important products to the masses.

With a lot of attention being paid to the likelihood of Apple announcing the new iPhone, the extremely popular little iPod range of devices seemed to have been overlooked. 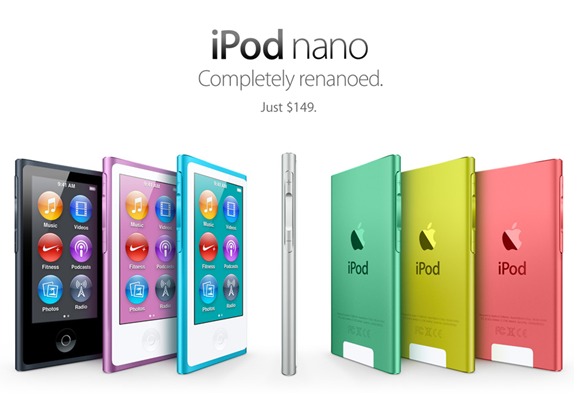 If iPhones and MacBooks isn’t really your thing of interest, then the immediate announcement of gorgeous new iPod nano may just be what you have been waiting for. With the iPhone and iPad having access to services like iTunes Match and having fairly powerful Music apps built in, the iPods have been suffering with sales in recent years. Apple will be hoping that the announcement of the two new devices will revitalize those sales. 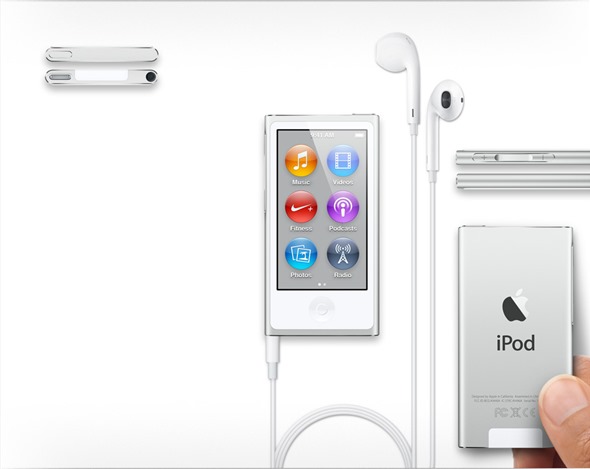 Volume controls sit on the left hand side of the new nano, allowing users to turn up and down the volume with ease. 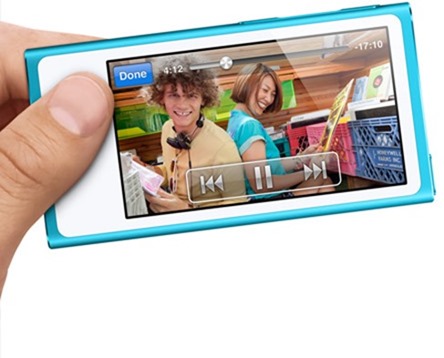 Here’s something which might surprise a lot of users, the new iPod nano has a home button just like the iPhone. Pressing the home button takes you to the main grid of the player where all your apps are listed.

Bluetooth support has been added to the nano, which lets you connect wireless headsets so you can enjoy your music cables free.

This all new iPod nano will be available for $149 in October this year.