Apple Confirms the "Secret" iPhone 4G. Wants it Back !

We all saw this coming didn’t we? Apple apparently has sent an official letter to Gawker Media – the company which runs Gizmodo blog, requesting them to return their “secret” handset. The letter was signed by Bruce Sewell, the Senior Vice President & General Counsel of Apple Inc and can be seen as attached below. 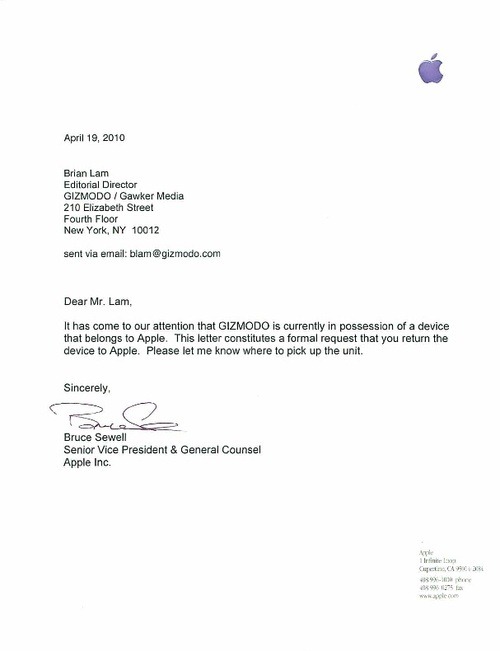 In case you were living under a rock or something, and have missed the entire “lost/stolen” iPhone 4G saga, you can catch up on all the event as they happened (in reverse chronological order) by following the links given below.