Apple CEO Tim Cook was the man charged with waving the checkered flag at the US Grand Prix and judging by the lack of enthusiasm he seemed to hate every minute of it.

Cook was in Austin, Texas to check out labs working on Apple chips before spending the weekend at the Formula 1 experience. 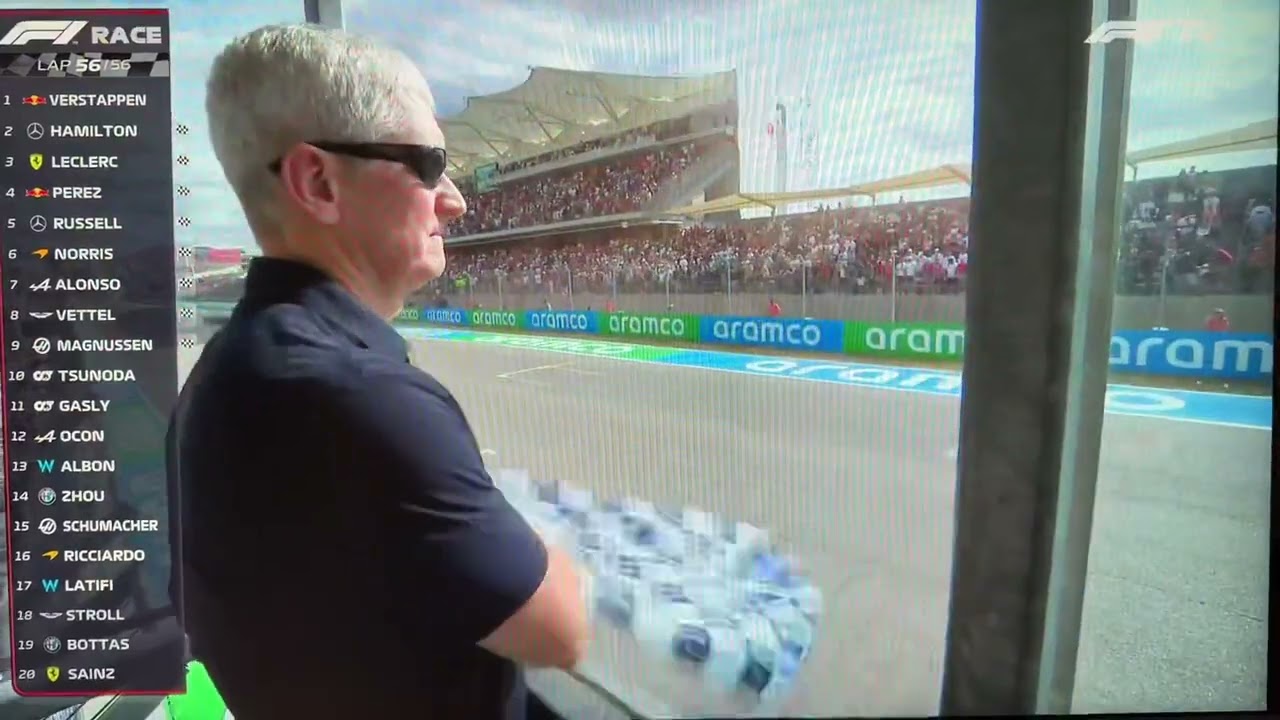 He took Apple head of services Eddy Cue with him, a man who was later pictured speaking with entertainment veterans including Brad Pitt and Ed Sheeran.

It was Cook who was left to wave the flag that brought the race to an end, though. And videos showing him doing so have been mocked mercilessly online. Either he thought he might break it, or he’d never seen anyone wave a flag before in his life.

Apple hasn’t yet signed any live F1 racing for its Apple TV+ streaming service, but it does have content in the works. There’s a documentary about British racing driver Lewis Hamilton, while a movie starring Brad Pitt will tell the story of fictitious driver and will be directed by the same man responsible for Top Gun: Maverick.

Cook will presumably have flown back to Cupertino following his stint at the F1, presumably hoping to never see a flag again.