Apple has so much money it can go out and buy whichever company it likes, and today it announced a new acquisition in the form of Texture, a digital magazine subscription service that is available for iPad, iPhone and other platforms.

The deal is still awaiting financial approval however, and financial terms were not disclosed during the announcement.

Apple made its announcement during the SXSW media festival when the company’s services head said that the company is keen to have purchased Texture’s existing catalog of magazines.

We’re excited Texture will join Apple, along with an impressive catalog of magazines from many of the world’s leading publishers. We are committed to quality journalism from trusted sources and allowing magazines to keep producing beautifully designed and engaging stories for users.

John Loughlin, CEO of Next Issue Media, a conglomerate of publishers and media companies which currently own the Texture outfit was understandably happy to have sold Texture to Apple, presumably for a not inconsiderable sum of money. 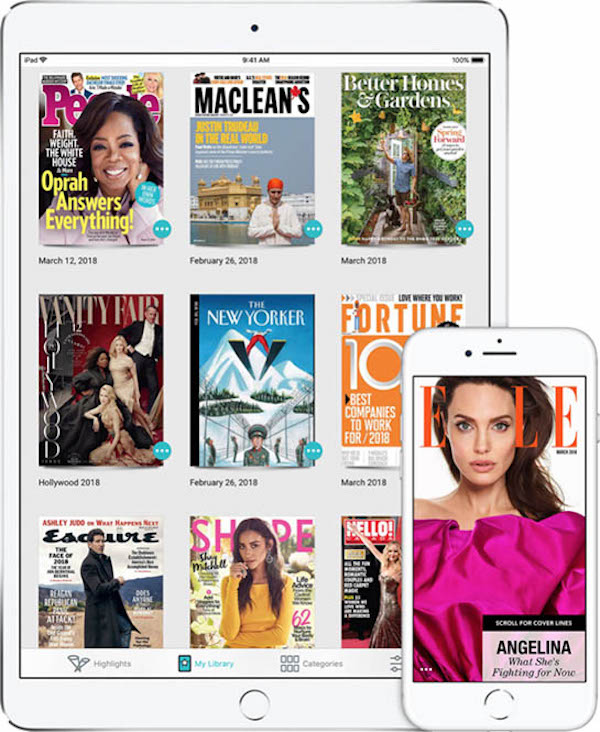 I’m thrilled that Next Issue Media, and its award-winning Texture app, are being acquired by Apple. The Texture team and its current owners, Condé Nast, Hearst, Meredith, Rogers Media, and KKR, could not be more pleased or excited with this development. We could not imagine a better home or future for the service.

Texture, which currently offers unlimited access to over 200 digital magazines for a flat fee of just $9.99 per month will be integrated into Apple News, Cue said during SXSW.

The app is currently available for download from the App Store for free with a 7-day trial also offered, but more importantly Apple has confirmed that Texture will continue to be offered on other platforms, including Windows and Android, despite being folded into Apple News.