The thing about Android that I love and appreciate the most is the fact that almost every area of the OS is customizable, all the way from the appearance and outlook to the actual working of the device, down to CPU speed and voltage controls. That said, there is always, almost invariably, room for “something more”. We have the ability to set custom DPI values for individual apps thanks to ROMs like Paranoid Android, allowing the user to experience a tablet UI on a phone with an abnormally large screen. Why not have more for individual apps as well?

Taking the very concept to the next level is App Override. It’s a new Android app coming from an XDA member that allows you to set certain specific attributes for an app of your choice, ranging from items like screen orientation and font size to minimum and maximum CPU speed. 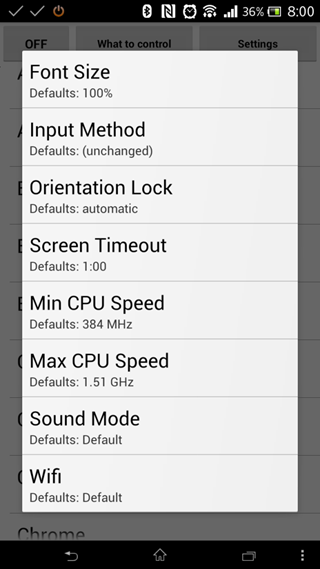 The way App Override works is that as soon as you launch the target application for which you’ve already defined certain settings, those settings would take effect. For instance, suppose you have an eBook reader installed for which you always want to have a larger font size. One option would be to change the font size for the whole device, but that would mean changing everything back once you’re done. With App Override, that particular font size of your choice will automatically take effect as soon as you launch the target application. Similarly, you might have chosen to turn off Wi-Fi for normal usage to preserve battery, but you can set it such that when you launch the browser, Wi-Fi is automatically connected. 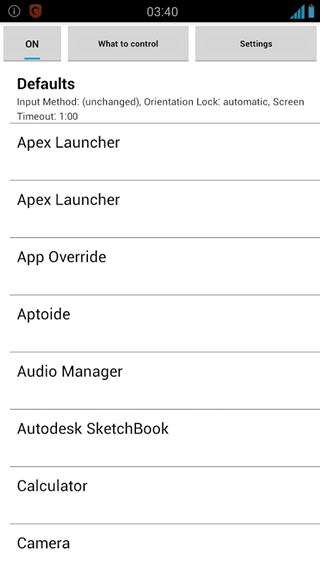 For now, App Override’s control remains limited to these:

The app itself is in beta, so there might be a few bugs here and there. The good thing, however, is that it’s still under active development, and the maker claims to add more features in near future. It doesn’t require root access for most part, but would need that if you want to automate CPU speed control. 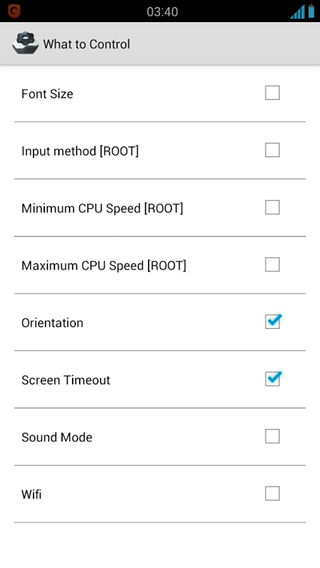 Apps like this are the main reason that Android remains the true geek choice. Such a concept not only proves that the OS has great room for customization, but also the fact that there might never be an end to how much you can do with an Android device. App Override will work with any Android device running version 2.3 and above, and can be downloaded for free at the link below.

(Download: App Override for Android on the Play Store)