Another iPhone 6 Explodes, This Time In A Girl’s Bedroom

Batteries have been known to catch fire and explode before, but it’s always concerning when it happens. Especially when it happens in the hands of an 11-year-old kid. That’s what happened to Kayla Ramos from California and her iPhone 6 is no-more.

According to a report by 23ABC the child was using her iPhone 6 when it started to spark. She threw it onto a blanker and then things really started to go south. 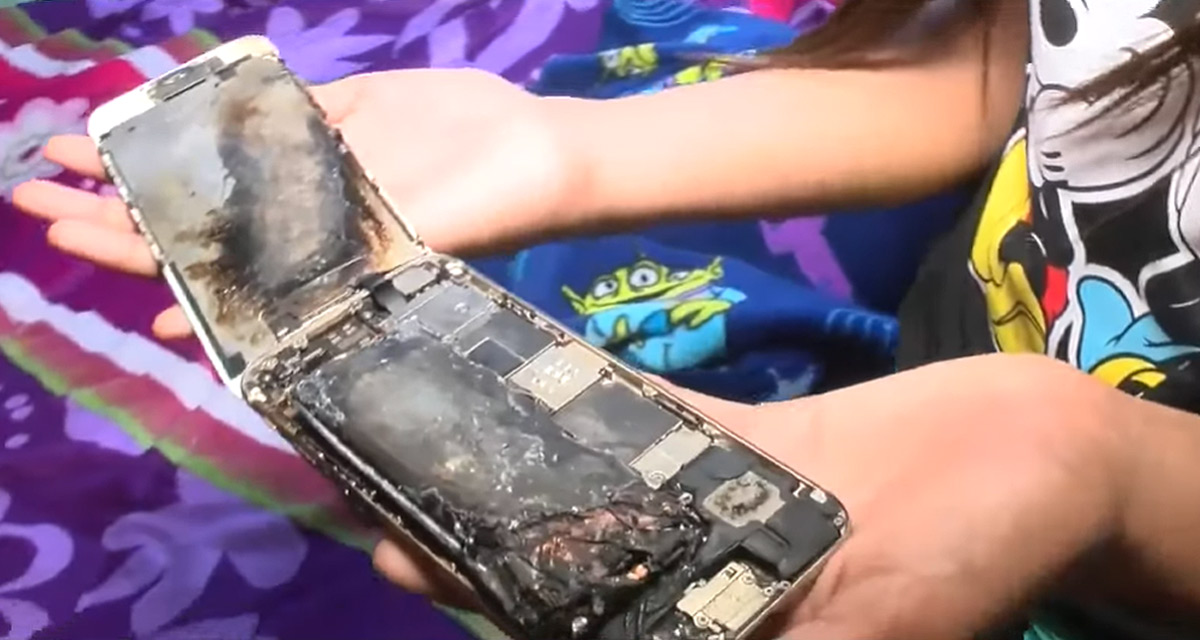 “I was sitting down, and I had my phone in my hand and then I saw sparks flying everywhere and I just threw it on a blanket,” said Ramos. Ramos says she used her iPhone 6 to watch YouTube videos and occasionally lets her younger siblings play games with it.

Kayla’s mother contacted Apple who asked for photos of the device. It’s also being shipped off to Apple for investigation so as to try and find out just what happened. Apple has also provided Kayla with a new iPhone to use as well.

Phones, or indeed anything with similar batteries, have been known to catch fire on occasion. Indeed, Apple currently has an issue with very specific MacBook Pro notebooks which are exhibiting similar issues. Samsung famously had to cancel the Galaxy Note 7 because of even worse problems with exploding batteries, too.

These occurrences are of course rare, but they do happen. If you find yourself in a similar situation get the device as far away as possible. Just make sure it isn’t near anything combustible, too.