A large number of Android users have been plagued by a rather annoying bug in Android 4.2 that caused the month of December to go missing from the native date picker in certain apps. Thankfully, it looks like Google has stepped up just in time to save the day with an update to Jelly Bean, taking it up to version 4.2.1.

Reports are suggesting that owners of the LG Nexus 4, the fantastic ASUS Nexus 7 and the new Samsung Nexus 10 are starting to receive firmware upgrade notifications that will take their Android installation to version 4.2.1, hopefully eradicating what is possibly the strangest bug yet on the operating system. Although most of the attention was lavished onto the mysterious missing December month bug with the last update in Android, the whole iteration was somewhat buggy with a number of issues existing with the Bluetooth performance as well as problems in other areas.

Whenever companies like Google or Apple push out firmware updates for iOS or Android, the onus is always on investigating the release and seeing what new features, improvements and enhancements have been made. But considering the Android 4.2.1 update comes in at a rather tiny 1.1MB in size, it’s unlikely there will be a lot to pull out of it. Rather than releasing a new version of the OS that will bring any major new features to users, Google has concentrated purely on righting their wrongs and should be commended for doing so extremely quickly. 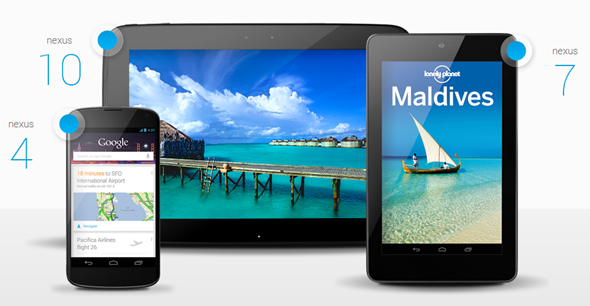 In addition to fixing the December bug and reinstating Christmas, Google has also paid attention to the aforementioned Bluetooth issues and have hopefully resolved those problems for all affected users. Those who are lucky enough to have a Nexus 7, Nexus 4 or Nexus 10 should keep checking their devices over the next few days and install the 4.2.1 update immediately to ensure that December arrives with minimal fuss. Let’s hope that the engineers at Mountain View haven’t inadvertently introduced any other wonderfully strange bugs into Android, and that we can all enjoy a festive season with a hassle-free Android experience.