A developer from the Android modding community has managed to boot the latest version of Android – 4.0.x Ice Cream Sandwich – on Motorola’s recently released DROID RAZR, Redmond Pie has learned. 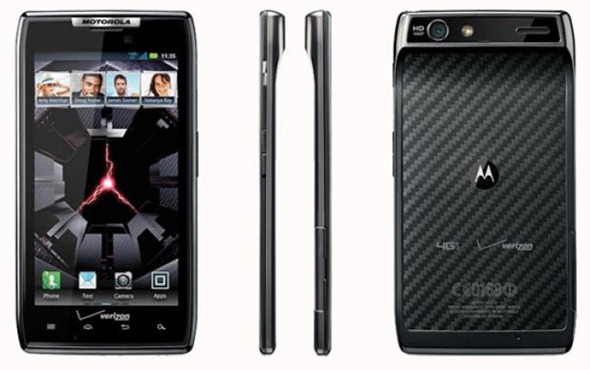 The news comes from AndroidSPIN – a blog dedicated to covering all things Android – in the form of a news post in which they discuss the port.

The port itself comes from Android hacker and developer DroidTh3ory. While the developer hasn’t provided any details other than the fact that it is Ice Cream Sandwich and it has been booted on the Motorola DROID RAZR, we do know that this will, in all probability, release before Motorola’s official update*.

We have a successful boot of Ice Cream Sandwich on the DROID RAZR!! This Thread will be dedicated to keeping you up on the progress of we are making porting it to the Bad Ass RAZR. I will provide a list of working and non working features, news, pics, and videos.

The ROM hasn’t been publicly released yet, and for good reason: this is just the first boot of Ice Cream Sandwich on the DROID RAZR and there are plenty of things that aren’t working smoothly. The touch-screen isn’t working properly and besides this, it is completely normal for connectivity options like WiFi, Bluetooth and GPS to not work on earlier builds.

We will, of course, update you and have a guide ready for when Ice Cream Sandwich releases on the DROID RAZR, until then, stay tuned to Redmond Pie!

*Motorola published an informative post on their official blog in which they talked about the four or so stages the official update to Ice Cream Sandwich will go through before being sent out to owners in the form of an OTA update. Suffice to say, it will take around 9 months before the RAZR, BIONIC or XOOM get Ice Cream Sandwich.