Latest Custom Android 4.0 Ice Cream Sandwich AOSP Is OK For Daily Use, Here’s How To Install It

Android 4.0 Ice Cream Sandwich was open-sourced to Android Open Source Project (AOSP) a few days ago and folks from the Android modding community are had at work to port it over to as-of-yet unsupported devices. The Nexus S, which is certain to get an official update to Ice Cream Sandwich (ICS) from Google itself, has already received a AOSP-based ICS custom ROM from the community. The one we’ll be talking about in this post is said to be stable enough for daily use, so if you’ve got a Nexus S available, you should definitely give this a try! Check out the details after jump! 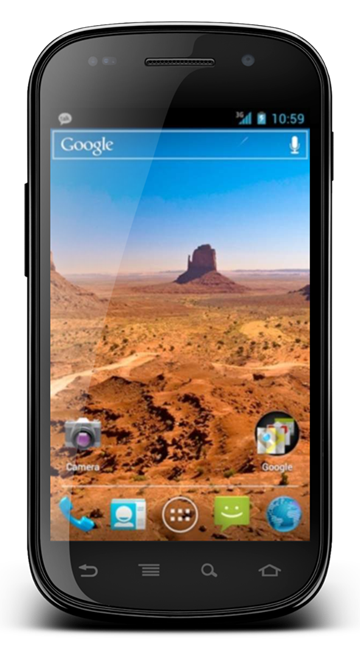 The news comes straight from Drew Garen – developer of the custom ROM – in the form of an update on his official website.

ICS IS HERE AND IT’S GETTING BETTER EVERY SECOND…Enjoy Your Ice Cream Sandwich in two flavors from Drew Garen.

These roms are stable enough to use as daily drivers.

Your Nexus S must be rooted and have ClockworkMod Recovery flashed on it. It must have enough battery juice to last through the process; running out of battery during flashing process may permanently damage your device. Lastly, be sure to take a nandroid backup of your device’s current setup before proceeding to be on the safe side.

Step 1: Download preferred type of Drew Garen ICS Alpha Build 2 for Nexus S to your PC from here. On-screen buttons version comes with the on-screen buttons you see in Galaxy Nexus while the no-button version doesn’t.

Step 3: Boot into ClockworkMod Recovery mode. For this, you must turn off your device. Hold Volume Up + Power button simultaneously until you enter CWM mode.

Step 4: Format /system, /data and /cache from mounts and storage in main menu of ClockworkMod Recovery.

Also be sure to wipe data / factory reset from main menu.

If you followed the steps correctly, your Nexus S will now boot into an alpha build of Ice Cream Sandwich which is much, much better than the SDK port we covered earlier.