It’s been quite a day for Amazon after it announced so many new and updated devices that it’s difficult to keep track. And while we knew the event was coming, we didn’t expect half of what we saw.

While the usual array of Echo updates came and went, it’s the new products that have caught our imagination. Here, we’re going to run through everything Amazon announced today. 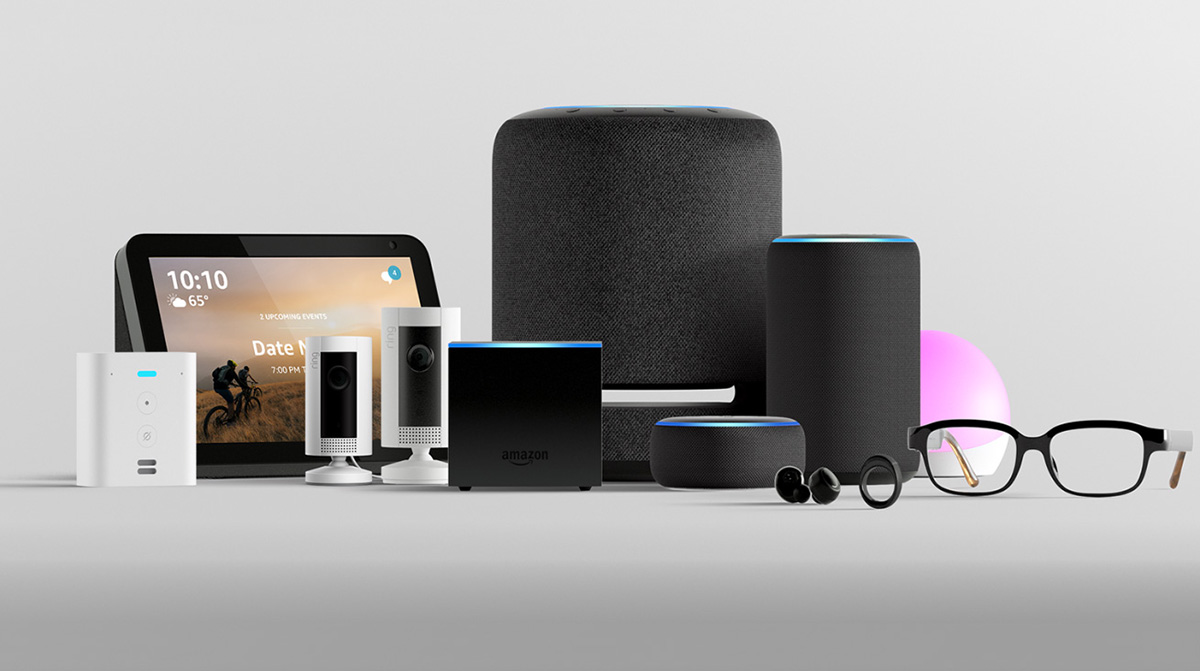 That’s exactly what the name sounds like. It’s an Echo Dot like we already have in our kitchens and bedrooms, but with a clock built in. That makes it a much more viable alarm clock, and at $59.99, it isn’t too costly, either.

The Echo has received an update at $99.99 that will include the same cloth finish. Importantly, the speaker hardware has been improved to make better use of your streaming service of choice. That’s a big deal if you use the Echo as your sole source of music. 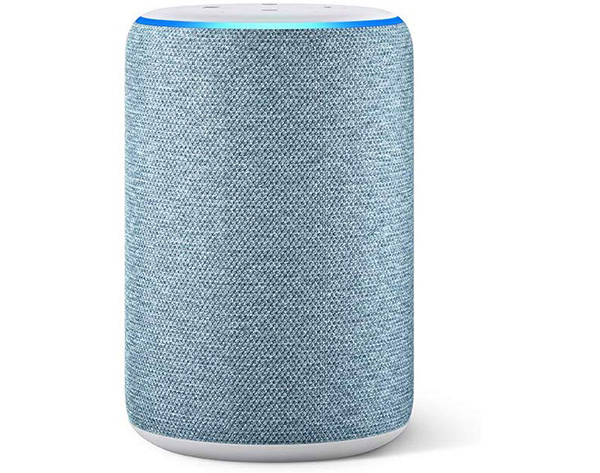 This is where things get interesting. This appears to be Amazon’s HomePod and Sonos competitor with directional tweeters married to 5.25-inch base drivers. It includes support for Dolby Atmos as well as 360-degree audio. The Echo Studio will cost $199.99. 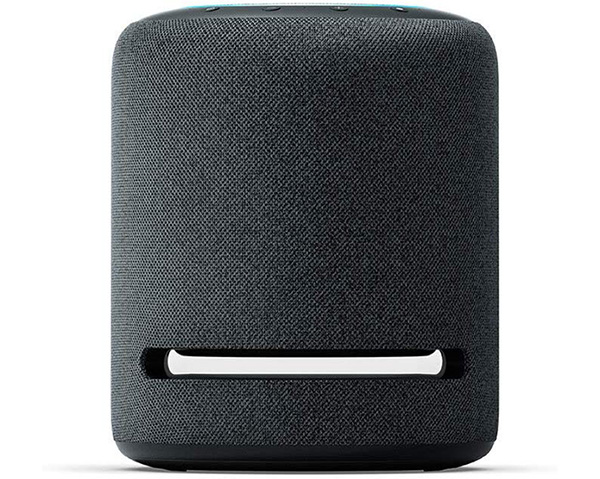 The Echo Show 5 now has an Echo Show 8 alongside it. It’s larger, obviously coming in at 8-inches and offers HD resolution images. Beyond that, this is basically the Show 5. It’ll cost $129, too.

Still with us? Good, because the Echo Glow is a $29.99 smart lamp that is similar to the Hue Go in looks. It isn’t too costly and looks pretty cool, so we expect it to be popular. 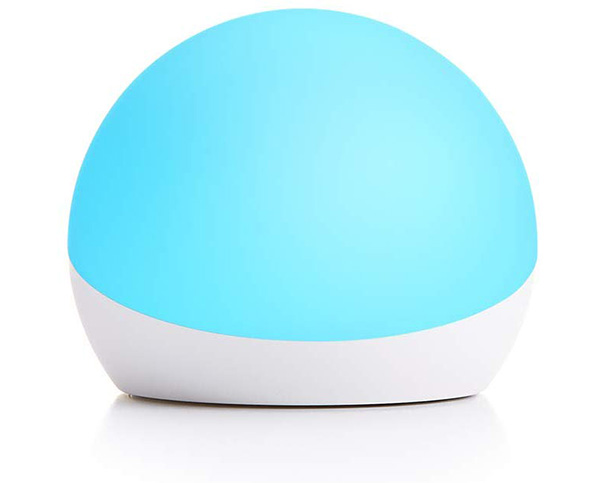 Truly wireless earbuds are all the rage and now Amazon has skin in the game, too. Think AirPods with Alexa built in and you’re about there. The problem is that at $129, they aren’t much cheaper than AirPods, although you can at least use the touch controls to invoke Siri or Google Assistant if you like. 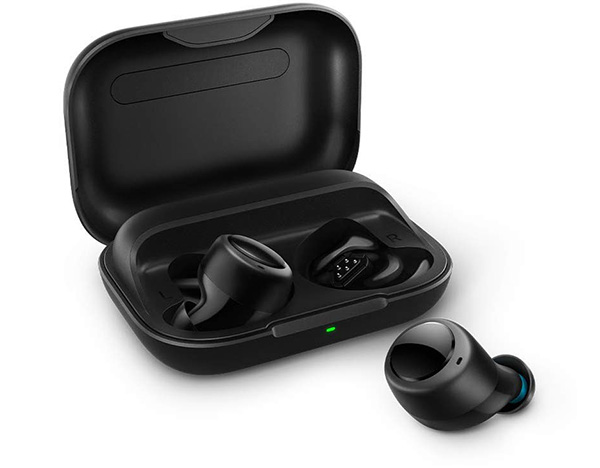 This is where things get really weird. Echo Frames bring Alexa and microphones to your spectacles. Smart glasses have had a bum deal in the past, but there’s no camera here that might help with the creepy factor. They’ll retail for $180 and weigh around 31 grams.

This is the first time Eero products have been updated since Amazon picked the company up. There’s a new mesh router system starting at $99.99 and going up to $249 for a three-pack of 802.11ac units. That represents a price drop, and of course, Alexa is built in.

Amazon also picked up Ring so there are new products in that world, too. The new Retrofit Alarm Kit starts at $199.99 and is designed to plug into your existing home security setup. There’s also a new Stick Up Cam for $99.99 that offers 1080p video as well as night vision and motion detection.

The Ring Indoor Cam costs $59.99 and is exactly that, a camera designed for use indoors. It isn’t as exciting as more of the other stuff announced today, but if you need it, it’s there.

No, we aren’t joking. The Amazon Smart Oven can be yours for $249.99 and yes, it has Alexa integration built in. it also comes with an Echo Dot thrown in and can apparently start cooking food based on what it believes it is. Convection cooking, reheating, and air frying are all included features. 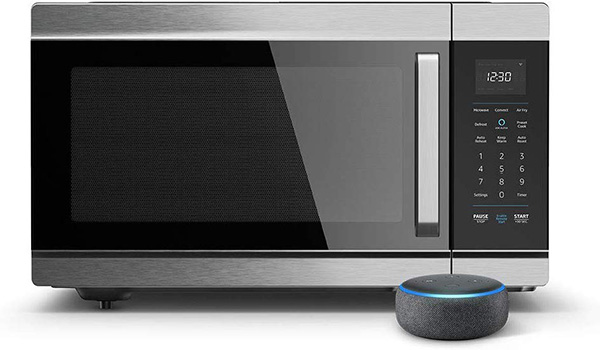 Ever wanted Alexa on your finger? No, neither have we. But if you did, then $129.99 will get you a ring with two built-in mics. And the ring will offer notifications for things via a vibrating motor. The downside is you’ll need to be invited to purchase as part of the beta with the price going up once the product is available to the public. 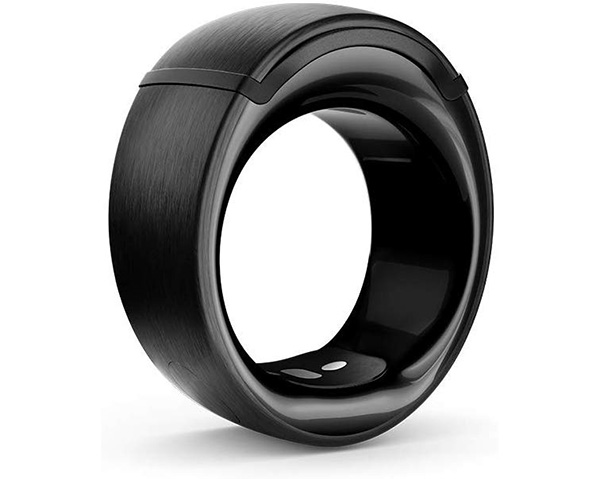 Costing just $24.99, this little bit of kit has a speaker, two buttons, and an LED light with a USB port at the bottom for charging things. It plugs directly into a wall outlet and then you can plug other things into it. It’s a cheap way of taking Alexa into every room of the house, that’s for sure. 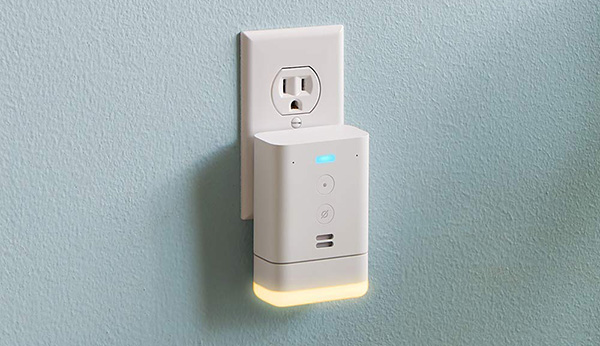